The Cheif Economist at Moody's Analytics estimates that as many as 30% of Americans with home loans—nearly 15 million households—could stop paying their loans if the economy is closed through the summer.

“This is an unprecedented event,” said Susan Wachter, professor of real estate and finance at the Wharton School of the University of Pennsylvania, in an article by the Los Angeles Times. “The great financial crisis happened over a number of years. This is happening in a matter of months—a matter of weeks.”

Andrew Jakabovics, a former senior advisor for the U.S. Department of Housing and Urban Development and who is now at Enterprise Community Partners, a nonprofit affordable housing group, said of the virus, “nobody has any sense of how long this might last.”

“The forbearance program allows everybody to press pause on their current circumstances and take a deep breath. Then we can look at what the world might look like in six or 12 months from now and plan for that,” Jakabovics told the Los Angeles Times.

CNBC reported Monday that a coalition of mortgage leaders sent a request to Federal regulators over the weekend for “desperately needed cash.”

The report from CNBC said the number for mortgage forbearance requests have been coming in at an “alarming rate,” but servicers still need to pay bondholders.

CNBC quoted Bray as saying, “there is going to be complete chaos” without federal help.

According to CNN, analysts believe the Fed will step in soon, as after granting homeowners forbearance, servicers are still on the hook with investors to continue paying principal and interest on the mortgages, leading to servicers lacking the cash necessary to cover missed payments.

To address these concerns, and to introduce ways to mitigate the unintended consequences of moratoriums, the National Mortgage Servicing Association (NMSA), a nonpartisan organization driven by senior executive representation from the nation’s leading mortgage servicing organizations, announced a proposal to ensure that the up to $100 billion in liquidity necessary to provide payment relief for up to 12 million Ginnie Mae homeowners is secured.

The NMSA released a proposal outlining their recommended steps in the light of some of these announced governmental programs.

NMSA’s proposal outlines how Ginnie Mae programs, which include residential mortgage loans guaranteed by FHA, VA, and USDA, play a crucial role in the housing market by serving low-to-moderate income, communities of color, first-time homebuyers, and rural and veteran mortgage borrowers who typically do not qualify for conforming or bank loans and may be especially vulnerable during periods of economic stress, including the present COVID-19 pandemic.

Previous: Focusing on the Homeowner
Next: Home Prices Growing Faster 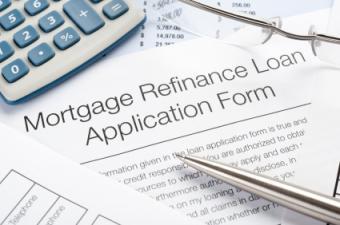