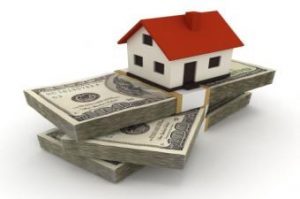 Purchase originations totaled nearly $1 trillion last year, and they could exceed that number once 2017 comes to a close, according to new expert analysis the National Housing Market Index (NHMI), released recently by the American Enterprise Institute’s International Center on Housing Risk and First American.

According to the Index originations over the four quarters of 2016 reached $987 million; there were 5.8 million sales transactions total over the year. Mark Fleming, Chief Economist at First American, weighed in on the NHMI today.

“The total value of residential purchase transactions in the U.S. housing market approached $1 trillion in 2016,” Fleming said. “Entering the busy spring home buying season, I expect prices to continue to rise and transaction volumes to continue to grow, spurred on by the strong sellers’ market and increasing millennial, first-time homebuyer demand.”

The NHMI showed that sales transactions were up 6.4 percent over Q4 2015, with 1.65 million—or 28 percent—of all transactions being cash sales. This was down slightly from 2015 and 2013, when cash sales hit 30 percent and 36 percent, respectively. Cash loans were highest in New York, Florida, and Illinois—particularly the Orlando, Tampa, and Miami markets.

Institutional-supported loans, like ones backed by GSEs, the FHA, or VA, accounted for 3.95 million sales transactions in 2016, or 68 percent.

“Almost all states show increased home sales since the end of 2012, with a few notable exceptions, including Maine, Wyoming, and North Dakota,” Fleming sad. “The markets with the greatest increase in home sales include New Jersey, North Carolina, Maryland, and Oregon.”

As for metro markets, the most improved ones were Portland, Oregon; Charlotte, North Carolina; Baltimore; Atlanta; and Tampa, Florida. Home sales have increased in these regions by more than 25 percent since 2012.

Learn more about the report at HousingRisk.org.

Previous: Unemployment, Job Growth Both Down in March
Next: Latest Report Shows Drop in Housing Confidence

Rethinking Housing Due to COVID-19

For Sale Inventory Down 27% Annually

The Two Sides of Housing Affordability

The Administration announced in a Mortgagee Letter that requirements would be relaxed through August.