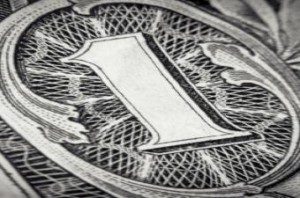 Interest rates and closing costs weigh heavily on consumers’ minds—particularly when choosing a mortgage lender. In fact, according to a recent study by Utah-based Ally Home Loans, 81 percent of Americans who’ve had a mortgage or plan to have one in the future say total closings costs would play a big role in their decision. Nearly 100 percent of all surveyed said interest rates were a factor.

“Without exception, Americans of all ages and regions feel interest rates are an important factor in securing a mortgage, with 98 percent noting it as an important factor in their decision of which lender to choose,” a release from Ally stated. “This was followed by 96 percent saying closing costs as very/somewhat important, while 93 percent indicated a reputation for excellent customer service and convenience was important as well.”

In total, 39 percent of consumers—ones who previously had mortgage loans and were dissatisfied with the application process—said closing costs were too high. Another four in five consumers said a $500 incentive toward closing costs would influence which lender they chose to work with.

As such, Ally is now offering a $500 promotion toward closing costs.

"We are very excited to be expanding our product suite at Ally Bank,” said Diane Morais, President of Consumer and Commercial Banking Products at Ally Bank, “and with the spring home buying season ramping up, we believe the $500 promotion, along with competitive interest rates and exceptional service, is a great way to help our customers with their home financing needs.”

Ally’s survey was conducted online by Harris Poll between March 28 and 30. More than 2,100 U.S. adults participated. To see the full results of the survey or its methodology, visit Media.Ally.com.