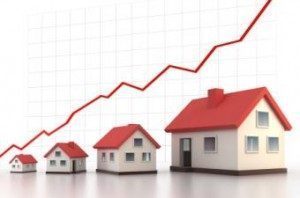 At the national level, homes sold faster, in higher volumes, and at higher prices in March, according to the National Housing Report released by RE/MAX on Friday. It was the highest March for home sales since the report’s inception nine years ago.

Prices also rose across the nation, up 7.1 percent from February and 11 percent year-over-year. The median sales price for the month--$225,000—was another March record for the report. This was the 12th month in a row the nation saw year-over-year price jumps.

Inventory continued to tighten in March, likely contributing to the ever-rising prices. Months Supply of Inventory dipped below the three-month mark for the month—the first time in the report’s history it’s ever been that low. According to the report, six months of inventory is considered a “balanced” market. But until new construction surges, that level of supply isn’t in the cards, said Dave Liniger, CEO, Chairman of the Board, and Co-founder of RE/MAX.

“We expect a seasonal uptick in sales this time of year and March certainly met and somewhat exceeded that expectation,” Liniger said. “We don’t anticipate the tightening inventory to ease up in most markets until new home construction can catch up to its pre-recession pace. Until then, sellers will enjoy a fast-paced market and buyers will need to work with their agents to get in the right home.”

Despite low inventory and rising prices, homes sold faster than both the previous month and the previous year, dropping to just 64 days. In February, it was 68, and in March of last year, days on market was 71.

The fastest selling markets were San Francisco and Omaha, Nebraska, which both had averages of 27 days. Denver was close behind with an average of 32. Homes took longest to sell in August, Maine, and Burlington, Vermont.

To view the full results of the National Housing Report, visit REMAX.com.

Previous: Rising Applications and Falling Mortgage Rates
Next: The Week Ahead: An Eye on Supply and Demand