A Nation of Overleveraging 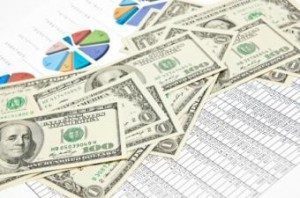 Homebuyers in San Luis Obispo, California, may be out of their league. According to the 2017 Home Overleverage Report, released Wednesday by WalletHub, the West Coast town is the currently most overleveraged city in America.

The Home Overleverage Report, which measured median mortgage balances against the median income and median home value of the city, found San Luis Obispo homeowners are the nation’s most overleveraged, coming in with an “overleverage score” of 59.52.

The impetus behind these overly ambitious cities? According to WalletHub’s Richie Bernardo, it’s the nation’s low mortgage rates.

“Mortgage rates are still hovering at historic lows,” Bernardo wrote, “which could tempt the most impulsive consumers into purchasing a home much sooner than they can or should.”

But all hope isn’t lost. According to Edward Nelling, Professor of Finance at Drexel University, refinancing is a good option.

Homebuyers, he said, “should seek to refinance their mortgage, if lower rates are available. Depending on their lender, they may be able to negotiate alternative payments. In extreme cases, they should consider selling their house.”

Before going to the extremes, though, Norman Miller, Professor of Real Estate at University of San Diego, advises homebuyers should talk to their lenders.

“Unless you have lost a job or have a medical problem, don't just walk away from a mortgage,” Miller said. “If you did suffer a medical problem or job loss, talk to your lender. They may be able to work something out, especially if it is a portfolio (in-house) loan and not a GSE loan.”

Previous: How Effective is the CFPB?
Next: Inventory, Affordability Problems Can’t Keep Buyers Away