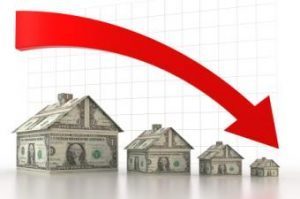 Covering a sampling of loan applications closed via Ellie Mae’s Encompass system, the Insight Report reveals details on loan type, closing times, mortgage rates, and more. According to the report, the breakdown of loans by type remained pretty steady for the Month, with conventional loans representing 63 percent of originations, followed by FHA (23 percent), VA (910 percent), and other types (4 percent).

Closing times, however, saw improvements in March, with the average time to close (across all loans) dropping by three days—down to 43. In February, days-to-close came in at 46, and in January, it was even higher at 51. Loans that took the longest to close in March were VA refinance loans, at 46 days.

Mortgage rates on ARMs and 30-year mortgages were both up for the month, jumping to 5.6 percent and 4.39 percent, respectively. Last year, the ARM rate for March was 4.4 percent, while the 30-year rate was 4.22 percent. Rates were highest on conventional loans for month; ARMs came in it 6.9 percent, while 30-year loans hit 4.5 percent.

As for borrowers themselves, the average FICO score on all closed loans was up for the month, increasing to 721. Across all loan types, most borrowers (nearly 45 percent) had a FICO of 750 or above. Another 24 percent had a score between 700 and 749, while 20 percent had one between 650 and 699.

FICO scores were lowest on FHA loans and highest on conventional loans, where the average borrower had a score of 753. Sixty-six percent of all refinances had FICO scores of over 7s00.