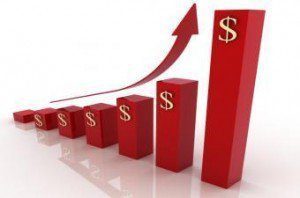 Home prices increased by 0.3% in February from the prior month and jumped 4.9% from February 2018 to February 2019, according to the Federal Housing and Finance Agency’s (FHFA) House Price Index (HPI).

According to the report, seasonally adjusted monthly house price changes from January to February of 2019 ranged from -1.2% in the Middle Atlantic division, to an increase of 1.4% in the East-South-Central division. Year-over-Year changes were all positive, ranging from a 3.5% increase in the West-South-Central division to a 6.5% increase in the Mountain divisione—the highest reported increase.

Homes in the Pacific region (Hawaii, Oregon, California, Washington, and Alaska) saw the biggest dip, as price changes from February 2017–2018 came in at 10.2%. Price changes over the past year were just 3.7%.

The East-South-Central Division (Tennessee, Alabama, Mississippi, and Kentucky) saw an increase in price changes from 6.1% from 2017–2018 to 6.4% over the past year.

This FHFA report mirrors the sentiment from a recent Redfin report, which detailed the East Coast’s improving home market. The report stated that while several West Coast markets saw declines in home sale prices, markets in the Eastern U.S. saw home sale prices jump as much as 20%.

The largest decline was reported at 21% in Salt Lake City, Utah, while Camden, New Jersey, saw the biggest increase at 56.2%.

Previous: Could ‘Leftovers’ Be Impacting the Housing Market?
Next: Residential Construction and Sales March Onward