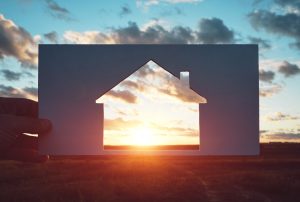 After seven consecutive weeks of a rise in the 30-year fixed-rate mortgage (FRM), Freddie Mac’s latest Primary Mortgage Market Survey (PMMS) found rates dropping slightly this week, averaging 5.10% with an average 0.8 point as of April 28, 2022, down from last week’s average of 5.11%. Last year at this time, the 30-year FRM averaged 2.98%.

“The combination of swift home price growth and the fastest mortgage rate increase in over 40 years is finally affecting purchase demand,” said Sam Khater, Freddie Mac’s Chief Economist. “Homebuyers navigating the current environment are coping in a variety of ways, including switching to adjustable-rate mortgages (ARMs), moving away from expensive coastal cities, and looking to more affordable suburbs. We expect the decline in demand to soften home price growth to a more sustainable pace later this year.”

As Khater mentions buyers switching to ARMs, the Mortgage Bankers Association (MBA) reported that while overall mortgage application volume has tailed off week-to-week, interest is rising in ARMs, as they comprised 9.3% share of total applications.

“In a period of high home-price growth and rapidly increasing mortgage rates, borrowers continued to mitigate higher monthly payments by applying for ARM loans,” said Joel Kan, MBA’s Associate VP of Economic and Industry Forecasting. “The ARM share of applications last week was over 9% by loan count, and 17% based on dollar volume. At 9%, the ARM share was double what it was three months ago, which also coincides with the 1.5-percentage point increase in the 30-year fixed rate.” 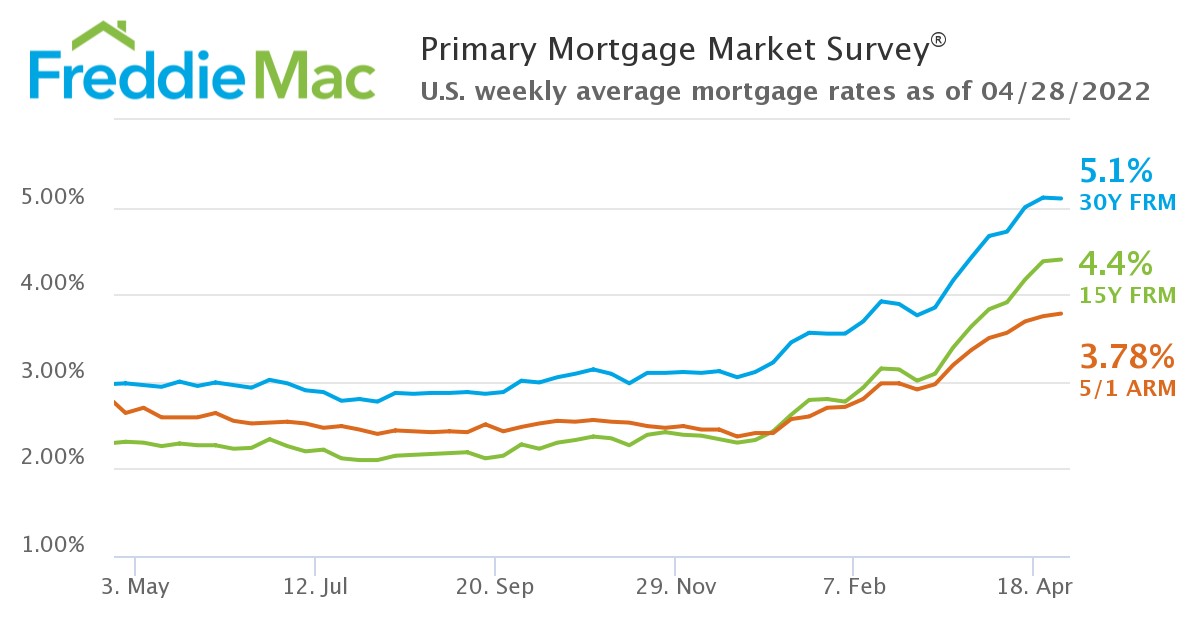 Redfin reports that homebuyer demand has softened further over the last several weeks, triggered by surging mortgage rates and housing costs, as an estimated one in eight sellers cut their list prices during the four weeks ending April 17—the highest share in five months—and asking prices declined slightly from the previous four-week period.

“Real estate markets are shifting under the weight of record-high prices and rising mortgage rates,” said Realtor.com's Manager of Economic Research George Ratiu. “This is leaving many homebuyers unable to get a foot in the homeownership door due to being priced out of the market. Buyers of a median-price home are looking at a monthly mortgage payment that is almost 50% higher than it was a year ago, adding an extra $560 to their monthly expenses. It is not surprising that many are stepping back from the market, hoping that conditions will improve. Contract signings have declined for five months in a row, pointing to expectations of continued declines in home sales ahead.”

Along with the rise in rates, affordability remains a factor, as Redfin also reported that the typical homebuyer’s monthly mortgage payment shot up 39%, the largest year-over-year gain on record.

“Rising mortgage rates are taking a bite out of pending sales as both buyers and sellers take a step back from the turbulent market,” said Redfin Chief Economist Daryl Fairweather. “It seems as though the ratio of buyers to sellers remains mostly the same, which is why we have yet to see a substantial drop in bidding wars or the share of homes selling quickly. It's still early days though when it comes to 5% mortgage rates. The number of buyers willing to pay such high mortgage payments could evaporate by late summer.”