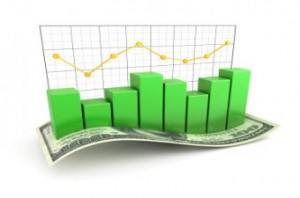 The Federal Reserve announced that interest rates remained unchanged after the end of the two-day policy meeting of the Federal Open Market Committee (FOMC). The Fed had last increased rates in March. The committee voted unanimously to keep the rates unchanged and said that it would monitor labor market conditions and the movement of inflation before announcing further rate hikes.

“In view of realized and expected labor market conditions and inflation, the Committee decided to maintain the target range for the federal funds rate at 1-1/2 to 1-3/4 percent,” the Fed said in a statement after the meeting. “The stance of monetary policy remains accommodative, thereby supporting strong labor market conditions and a sustained return to 2 percent inflation.”

The Central Bank had stated that it was targeting an inflation rate of 2 percent at the beginning of the year, and after the meeting, it said: “On a 12-month basis, both overall inflation and inflation for items other than food and energy have moved close to 2 percent.”

The stability in rates this month will bring some respite to homebuyers who have been challenged by rising mortgage rates after the hike in overall interest rates by the Fed in March. Mortgage rates climbed to their highest level in over four years last week with the 30-year fixed-rate mortgage increasing for the third consecutive week to 4.58 percent. This according to the Freddie Mac Primary Mortgage Market survey that showed average mortgage rates had continued their upward march, continuing a trend seen since the beginning of 2018.

So should the market expect another hike in June? The committee said that the committee would assess realized and expected economic conditions relative to its objectives of maximum employment and 2 percent inflation. “This assessment will take into account a wide range of information, including measures of labor market conditions, indicators of inflation pressures and inflation expectations, and readings on financial and international developments,” the Committee said in its statement.