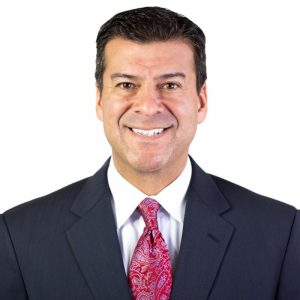 "I am humbled and honored to join Eddy Perez and his Executive Team at EPM. Eddy is a profound leader and has built a strong culture. His mission of "Empowering People More" resonates with me and I look forward to delivering on this mission each and every day," said Vega.

Vega joins EPM as the CSO and EVP of Marketing. Vega's duties include overseeing marketing, as well as the Learning & Development team. Prior to joining EPM, Vega has over seven years of mortgage industry experience. Additionally, Vega worked for some of the world's most recognized brands – brands such as Nike, Jordan, and The Coca-Cola Company.

"The addition of Vega and Coletta, to the executive team, is good news for EPM," said President and CEO Eddy Perez, CMB. "Both leaders have experience, skill, and extensive knowledge in their respective fields that are instrumental to our continued growth. We are excited to welcome them to the EPM family."

"I am truly honored to be part of EPM's stellar culture and look forward to assisting in achieving future growth goals," said Coletta.

Coletta has appeared in national print and broadcast media outlets including CNBC's Money Club and BARRON's as well as publishing in periodicals such as Bank Asset & Liability Magazine and House & Home. He holds an MBA from Virginia Tech and a bachelor's degree in Violin Performance from the University of Cincinnati College Conservatory of Music.

A headshot for Charles Coletta is unavailable.