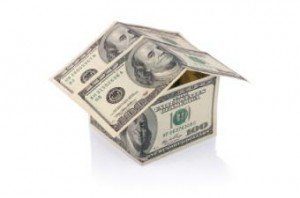 For those looking to save on housing, heading southward may be the answer. According to a study released by GOBankingRates on Thursday, Mississippi and Alabama have the lowest housing costs in the nation, coming in 31.6 percent and 26 percent lower than the national average, respectively.

Mississippi is the most affordable state on the whole, too. Taking into account costs for groceries, transportation, utilities, healthcare, and miscellaneous expenses as well as housing, living in Mississippi costs less than any other state in the nation.

Indiana had the second-lowest cost of living, according to GOBankingRates, coming in 12.1 percent below the national average. Rounding out the top five were Michigan (11.8 percent below), Arkansas (11.5 percent), and Oklahoma (11.4 percent).

On the other end, Hawaii was deemed the most expensive place to live, with the cost of living 67.4 percent higher than the national average. Also in the top five were the District of Columbia (49.2 percent higher), New York (35.2 percent), California (34.8 percent), and Massachusetts (34.7 percent).

Looking at just housing costs, D.C. came in at No. 1, with home prices beating the national average by 134 percent. California had housing costs 92.7 percent higher.

Alaska took the cake in terms of healthcare costs, with expenses clocking in at 46.6 percent higher than the rest of the country.

“The largest state in America comes with a cost of living that is almost equally enormous—31.6 percent above the national average, to be exact,” GOBankingRates reported. “Housing, utilities, and healthcare all bring costs that are more than 40 percent above those paid by the average American.”

Alabama and Arkansas were lowest in terms of healthcare costs; they came in 12.5 percent and 12.2 percent lower than the national average, respectively.

Transportation costs were highest in Alaska and California, where residents pay 30.1 percent more than the national average. Oklahoma was the most affordable at 11.9 percent under.

Previous: Fostering Diversity and Inclusion in the Industry
Next: Housing Affordability Inches Upward