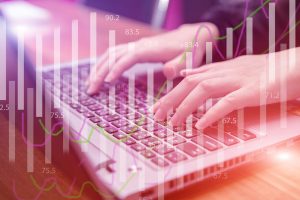 Quicken Loans, America's largest mortgage lender and a part of Rocket Companies, announced it will legally and officially change its name to Rocket Mortgage this summer. This change, effective July 31, will bring alignment to the overall "Rocket" brand, execs say, while also making it clear to homebuyers that "technology, a core tenet of Rocket Companies, is injected throughout the entire homebuying lifecycle, from home search to mortgage closing."

"More than 20 years ago, Dan Gilbert, our founder and chairman, had a vision of putting the entire mortgage process online to simplify the lending experience and add more transparency. Since then, we developed proprietary technology to improve every piece of the process but we officially revolutionized the mortgage industry when we launched Rocket Mortgage in 2015," said Jay Farner, Rocket Mortgage CEO. "Rocket Mortgage has grown to be the industry leader and the measuring stick for all other lenders. With this official name change, we will have a consistent brand that is synonymous with innovation and excellence."

The company, founded by Gilbert in 1985 as Rock Financial, historically has evolved in step with technological advancements, says a press release from Rocket. Gilbert has said his goal is to make mortgages easier for his clients. An early innovation came in 1996 when the company tried mailing all the mortgage documents directly to clients through the then-cutting edge "Mortgage in a Box," so clients could complete the application from the comfort of their home. After that reimagining of the mortgage application, a true transformation came two years later.

In 1998, Gilbert sent an all-company email challenging team members to embrace the internet as a way to disrupt the mortgage process by putting the entire home loan experience online. The next year, Rock Financial launched Rockloans.com, a website to connect with its clients directly, making it one of the first mortgage companies to do so.

Over the next few years, the company closed all its brick-and-mortar branches and fully embraced the centralized model of an online-only lender. Its tech capabilities also quickly expanded during this time. Quicken Loans implemented the ability for clients to e-sign mortgage documents in 2002, it became the largest online retail mortgage lender in 2004 and launched the first mobile app from a home lender in 2011.

In late 2015, Quicken Loans launched a fully digital, completely online, mortgage experience—Rocket Mortgage. This was the first time a consumer could go from application to closing on their own, without speaking to a human. Rocket Mortgage was revealed to the world in a 2016 Super Bowl ad that built significant buzz for the new home loan experience. In the following months and years, other home lenders played catch-up, adding some online functionalities and digital processes that tried to mirror the trailblazer.

With a boost from the incredibly popular Rocket Mortgage home loan process, Quicken Loans became the largest lender in the country, closing more loans than any other retail mortgage lender, in the fourth quarter of 2017. This is a title the company still holds, and the gap between it and the second-largest lender has widened substantially since that time.

Through consistent brand marketing and sports sponsorships, like the popular Rocket Mortgage Super Bowl Squares, the PGA TOUR's Rocket Mortgage Classic, and others—the public has become familiar with the brand at a lighting pace. In fact, Rocket Mortgage has extremely high-affinity metrics that eclipse those of Quicken Loans.

The name change is significant for the company, but clients will not see any difference in the digital experience they have grown to love. Those who are in the mortgage process at the time of the change will not be affected. The only difference current clients will experience is documents, letters, and other communications that previously were labeled "Quicken Loans" will instead come from "Rocket Mortgage."

Quicken Loans has a legal "doing business as" (DBA) in place and consumers may see the company referenced by either name leading up to the change on July 31. QuickenLoans.com will remain operational after the legal name change. In its current state, it will direct clients to apply for a home loan with Rocket Mortgage. The site, one of the most visited in personal finance, will then transition to accomplish other important objectives for Rocket Companies.