Home >> Daily Dose >> Could Dream Homes be a Thing of the Past?

Could Dream Homes be a Thing of the Past? 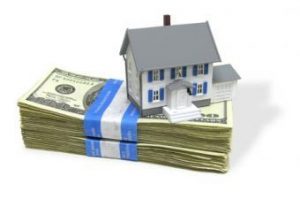 A new analysis of the Census Bureau’s data on the Custom Built Home Market by the National Association of Home Builders (NAHB) released on Friday reports that growth of custom built home’s market share has slowed since its all-time high in Q2 of 2009 after the housing crisis bottom-out in 2006 and 2007. Note that the data released only takes into account owner-built and contract-built homes where homes were built on the eventual owner’s land, not houses that are built by developers that are intended for sale to a future buyer.

Measured on a one-year moving average, which eliminates daily market fluctuations to provide more accurate quarterly data and makes trends easier to spot, the data shows a continued market share that has fluctuated since 2009 yet remains on an average decline.

Prior to 2006, the market share favored homes built for potential future buyers. However, since the Great Recession, acquisition, development, and construction loans have been increasingly difficult to secure for developers, increasing the market share for custom built homes.

Consistently since the resurgence in 2009, Q3 on an annual scale has recorded the highest amount of custom home starts, while Q1 has recorded the lowest. Over the past four quarters, ending at the end of Q1 of 2017 and beginning in Q2 of 2016, a total of 168,000 custom home starts have been recorded, up two percent from the previous four quarters. 31,000 of those are accounted for in Q1 of 2017, slightly lower than Q1 of 2016 but substantially higher than Q1 of 2015. The NAHB predicts that the market share of custom built homes will continue to fluctuate in the quarters to come, but is unsure as to what that landscape will look like as the market for single-family homes continues to expand. There could potentially be a comeback in the demand for pre-built development homes for future buyers.