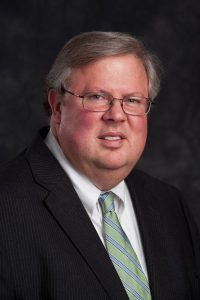 “The principal limit factor (PLF) and mortgage insurance premium (MIP) changes in 2017, combined with second appraisal, allow us to better manage program risk with revenue,” Montgomery said. “These changes will help assure the viability of the HECM program going forward. Most recent financial estimates are encouraging, showing that the effect on the MMI fund is improving.”

While the FHA acknowledges the disruption of the collateral risk assessment and the possibility for some lenders to have to engage in a second property appraisal, it was still less disruptive to the HECM program compared to other options.

“I would say I’m cautiously optimistic about the financial viability of the program going forward,” Montgomery said.

Reverse Mortgage Insight (RMI) reported earlier this year that HECM endorsements dropped by 35.7% in March 2019, down to 2,573 loans. In their report, RMI stated “That is certainly a lot, but is actually very close to the average for December through February we discussed last month as a way of reducing the noise of the government shutdown shifting volume between those months. Now that we finally have a clean month it looks like the last five months on average have all been right around this month’s level.”