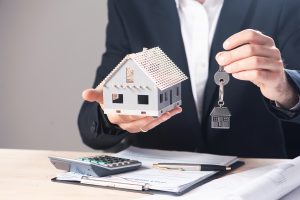 Whether it be a higher rates, a dip in inventory or overall affordability, the nation’s new residential sales dropped 16.6% month-over-month for the month of April 2022, according to the latest data from the U.S. Census Bureau and the U.S. Department of Housing & Urban Development (HUD).

A new home sale takes place when a sales contract is signed or a deposit is accepted, regardless of the stage of construction.

"New homes sales dropped for the fourth consecutive month in April, to the lowest level in two years, closing in on the quarantine-low of April 2020,” said George Ratiu, Senior Economist and Manager of Economic Research at Realtor.com. “High construction costs and surging mortgage rates are keeping many buyers away this spring. A total of only 591,000 homes sold during the month, a 16.6% decline from a downwardly-revised March figure, driven by declines in all major regions of the country.”

HUD and the Census Bureau reported the median sales price of new homes sold in April 2022 was $450,600, with the average sales price weighing in at considerably more at $570,300.

Prices climbed as the nation’s home builders continued to struggle, as the National Association of Home Builders (NAHB)/Wells Fargo Housing Market Index (HMI) found builder confidence in the market for newly built single-family homes on the decline in May, marking the fifth consecutive month that builder sentiment dipped, reaching its lowest point since June 2020.

HUD and the Census Bureau reported that the seasonally‐adjusted estimate of new homes for sale at the end of April was 444,000, representing a supply of nine months at the current sales rate.

“Following an increase of over 200 basis points in mortgage rates since the end of last year, signs of slowing housing activity have been building, as previous reports on existing home sales, mortgage applications, and homebuilder confidence have all turned lower,” said Douglas G. Duncan, Chief Economist at Fannie Mae. “However, today’s new home sales report is the sharpest indicator yet, with sales coming in well below both our own and consensus expectations. While this series is volatile and therefore may rebound somewhat, the sales pace in April was similar in level to the slowdown that occurred the last time the Federal Reserve engaged in a tightening regimen in 2018. Given the faster pace of mortgage rate increases to date compared to that period, along with greatly stretched housing affordability, we expect that, compared to the 2018 period, a sharper downturn in residential investment is now underway, and we will likely be revising downward our near-term home sales forecast. Furthermore, the months’ supply of new homes for sale jumped 2.1 to 9.0, the highest reading since mid-2010, suggesting a slowdown in the rapid pace of house price appreciation is likely approaching.”

The Federal Reserve’s actions to ease inflationary concerns earlier in May by increasing the interest rate by 50 basis points to 0.75%-1.00% has sent mortgage rates trending steadily trending upward thus creating yet another barrier to homeownership for today’s buyers.

“The market for new homes is mirroring broader real estate trends, as rising inflation is taking a bigger chunk out of Americans’ paychecks and surging borrowing costs are compressing homebuyers’ budgets,” noted Ratiu. “With affordability on a steep decline, new homes have become a luxury for trade-up buyers with significant equity, or investors with cash looking to turn them into single-family rental developments. Not surprisingly, sales of entry-level homes—priced below $300,000—accounted for less than 20% of April’s total new home sales, compared with 38% in 2020. While labor costs remain elevated, a lower price of materials should offer some relief to homebuilders looking to meet buyers in a real estate landscape with less money to go around, and lower affordability. For instance, the price of lumber has been on a steep decline, dropping from $1,314 per thousand board feet in early March 2022 to $667 this week.”

Previous: Op-Ed: Ukrainian Crisis Reminds Us That Our Heroes Remain Underserved
Next: Wells Fargo Partners with Habitat for Humanity to Build Affordable Homes