Home >> Daily Dose >> Defects Up Over the Year; North Dakota Sees Most

Defects Up Over the Year; North Dakota Sees Most 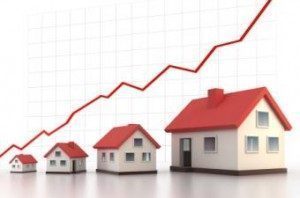 Loan application defects are on the rise, according to the First American Loan Application Defect Index released on Wednesday. Compared to a year ago, the Defect Index has increased 8 percent.

First American’s Defect Index, which measures the frequency of defects, misrepresentation, and fraud on loan applications, was up 2.5 percent over the month in April and 8 percent over the year.

According to Mark Fleming, Chief Economist at First American, April marked the fifth month in a row the Index has increased.

“The Loan Application Defect Index continued its strong upward increase for the fifth consecutive month,” Fleming said. “The pace of defect risk growth is as strong as we have seen since the index began in 2011, adding to the concern over the five-month trend.”

According to Fleming, the uptick is due to riskier lending practices as of late.

“While we have recently noted that part of the rise in overall risk is due to the market’s shift toward riskier purchase transactions,” Fleming said, “the fact that risk in refinance transactions is also on the rise underscores the need for caution.”

As for the riskiest metros, the Defect Index was highest in McAllen, Texas (110); Knoxville, Tennessee (98); Charleston, South Carolina (97); Tampa, Florida (95); and Birmingham, Alabama (94). The largest increases in defect frequency were seen in Raleigh, North Carolina (32.8 percent); New Orleans (18.2 percent); Tampa (17.3 percent); Jacksonville, Florida (16.5 percent); and Birmingham (14.6 percent). The city with the biggest decrease in defect frequency was Milwaukee, with a 10.1 percent dip over last year.

Despite the recent uptick in defect frequency, the Defect Index is still well below its peak. April’s Index was 20.6 percent lower than its highest point, reached in October 2013. To see the full Defect Index for the month, visit Blog.FirstAm.com.