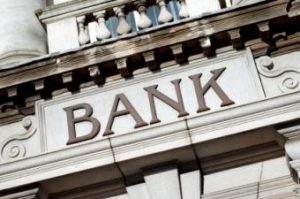 This acquisition will add $2.3 billion in deposits and $130 million in loans, more than doubling the bank's customer base, according to the bank’s statement. At closing, Flagstar expects to have 151 branches in the Midwest and eight in California.

According to the media statement, "Flagstar Bank intends to keep all Wells Fargo bank branches open and will welcome the almost 500 Wells Fargo employees at the acquired locations into the nationwide Flagstar Bank team of 3,600+ employees."

"We're excited to welcome the Wells Fargo employees and customers to Flagstar Bank," said Alessandro DiNello, President and CEO of Flagstar Bancorp, Inc. "Wells Fargo's primary goal throughout the negotiation of this transaction has been to make sure its customers and employees experience a seamless transition to Flagstar, and we will ensure that happens. We are confident customers will like Flagstar's big bank line-up of quality products and services delivered with the high-touch personal service of a community bank. Flagstar has a long tradition of supporting its communities and fully expects to continue its commitment to good corporate citizenship and community reinvestment in our expanded market area."

Flagstar clarified that Wells Fargo credit cards and residential mortgage loans will not transfer as part of the deal.

Per the terms of the acquisition, Wells Fargo bank branches in Fort Wayne, Indiana; South Bend, Indiana; the Upper Peninsula of Michigan; and Northern Wisconsin will be rebranded. Here’s how those 52 Wells Fargo branch locations break down: 33 are in Indiana (26 in Fort Wayne), 14 are in the Upper Peninsula of Michigan, four are in Wisconsin, and one is in Ohio.

"Being able to increase our presence in the Midwest market—a geography we know well and find very attractive—is a terrific opportunity for us," DiNello said. "This transaction significantly expands our banking footprint, more than doubling our customer base. We're also excited about the opportunity to meaningfully transform the bank's balance sheet, while benefiting from funding that's both more efficient and less sensitive to rising interest rates. This acquisition strengthens our funding platform and enhances franchise value."

According to the bank's media statement, Flagstar is the third-largest savings bank in the country and the fifth-largest bank mortgage originator, servicing the mortgages of some 470,000 homebuyers. The bank has also been expanding aggressively in the past year, having completed three other acquisitions over the course of the past 15 months.

Previous: 3 Ways to Connect With Diverse Buyers
Next: How Will AI Change Loan Originations?