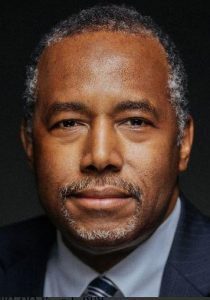 Without swift intervention, millennials could become “a lost generation of homeownership,” according to Dr. Ben Carson, Secretary of the U.S. Department of Housing and Urban Development.

In his opening remarks at the National Housing Symposium in Washington, D.C. on Friday, Carson called homeownership a “lost dream” for many millennials—even ones who are creditworthy.

“All of us have heard the stories about millennials living at home, renting, or sharing rooms,” Carson said. “And many of these people are creditworthy but feel excluded from the possibility of homeownership. You can understand the frustration. It cuts across an entire age group.”

Ultimately, he said, “we must create a viable entryway for more creditworthy millennials.”

“In the 1920s, Hemingway’s contemporaries were famously called ‘the lost generation,’” Carson said. “I worry that millennials may become a lost generation for homeownership. We must find a reasonable, prudent path to link millennials with investors and lenders – and the housing market itself.”

According to Carson, condominiums are often a buyer’s first foray into homeownership—and making these condos more affordable may open the door for more millennials.

The Federal Housing Administration changed its owner-occupancy standards from 50 percent to 35 percent in November, which Carson said will “allow more people, including millennials, to use FHA to buy a condo.” The Housing Opportunity through Modernization Act of 2016 authorized the FHA to lower owner-occupancy standards in certain circumstances, in order to spur more condominium development.

An upcoming increase to Fannie Mae’s debt-to-income-ratio requirements could also put homebuying more within reach for millennials. The government-sponsored enterprise will up its DTI ratio from 45 to 50 starting July 29.

“Such an action would help millennials, although FHA loans would remain an attractive, powerful option,” according to Carson.

Still, Carson said, despite the promise of these government efforts, the nation can’t rely on them as the sole pathway to homeownership.

“Remember when, in response to the troubles of 2008, the federal government was virtually the only lender for homeownership? That was not a good role for FHA or Fannie Mae or Freddie Mac. Lenders, bankers, and mortgage providers need to do everything possible to help creditworthy millennials buy their first home,” Carson said. “The taxpayer cannot be the sole solution.”

Previous: Mortgage Payments Unaffordable in Most U.S. Markets
Next: Could Supreme Court Decision Have Vast Implications on Mortgage Industry?