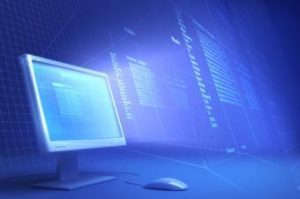 The digital evolution continues, as not one but three major financial players make moves toward a more FinTech-driven future. In a two-day span, Morgan Stanley, Misys, and D+H all announced initiatives that could shape the trajectory of the industry.

First up to bat was Morgan Stanley, a financial services, wealth management, and investment firm with offices worldwide. Though the company hasn’t been big on the mortgage scene, it seems that’s all poised to change:  the company announced it will launch a digital mortgage platform in 2018.

Though Morgan Stanley does currently offer mortgage loans, according to a presentation by Naureen Hassan, the company’s Chief Digital Officer, 98 percent of the firm’s customers don’t have a Morgan Stanley mortgage. The new digitized platform is designed to change all that.

The goal, Hassan’s presentation stated, is to “maximize time spent on advice, versus client servicing.”

The merged companies will operate under the name Finastra and, by combining the workforce and clientele of both D+H and Misys, will boast more than 10,000 employees and 9,000 customers, creating “the third largest financial services technology company in the world,” according to the press release. The company will offer retail banking, transaction banking, lending, treasury, and capital markets software.

"We firmly believe that Finastra is greater than the sum of its parts,” said Robert Smith, Founder, Chairman, and CEO of Vista Equity Partner. “The combination of scale, efficiency, and market leading service and technology will create a powerhouse in the FinTech sector and uniquely position the company to meet the demands of its global customers and their clients.”

Previous: Report Says Half of Homebuyers Aren’t Mortgage Knowledgeable
Next: Only 2.7 Months of House Supply Left