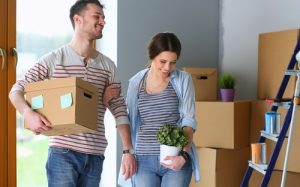 Millennials today have a greater influence on the housing market than any other generational demographic, according to the Deputy Chief Economist at First American, Odeta Kushi.

Kushi bases her assertion on First American's Homeownership Progress Index (HPRI), an annual report that measures how a variety of lifestyle, societal, and economic factors influence homeownership rates over time at national, state, and market levels.

"Millennials are the largest generation in U.S. history, and the majority turned 30 in 2020. Historically, millennials have delayed the critical lifestyle choices often linked to buying a first home, including getting married and having children, in order to further their education," Kushi said. "This is clear in cross-generational comparisons of homeownership rates which show millennials lagging their generational predecessors."

Still, Kushi added, "millennials are narrowing this gap as they move into a new phase of their lives."

She goes into more detail about generational comparisons revealed in the index.

Millennials appear to be pressing on, despite a temporary slowdown caused by the coronavirus pandemic and its impact on homebuyers.

“Despite the pandemic-driven economic downturn in 2020, millennials continued to age into the key lifestyle decisions that increase the likelihood of homeownership. In 2021, while faster nominal house price appreciation may begin to erode the affordability boost from low mortgage rates and rising income, these lifestyle decisions will persist," Kushi said.

As for those regional findings, First American reports that Alabama, Rhode Island, Idaho, Texas, and Connecticut showed the greatest year-over-year increase in potential homeownership demand, while the only states showing an annual decrease were South Carolina, Iowa, and Tennessee.

The full report is presented as an interactive tool that can be tailored to showcase how trends in economic conditions, education, income, marital status, ethnicity, and family size impact potential homeownership demand over time across the United States at national, state, and metropolitan-area levels.