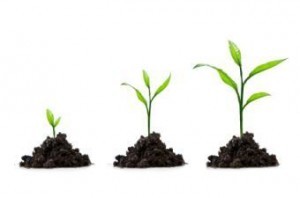 The Federal Reserve Bank of New York’s June Survey of Consumer Expectations found that respondents were more optimistic regarding their financial situation and the labor market. Expectations on the U.S. unemployment rate, finding a job, and losing one’s job all improved.

Consumers’ expectations of an increase in the average interest rate on savings accounts over the next year declined to their lowest level since May 2015, according to the survey.

The report states that median home price change expectations were stable at 3% in June, which is the seventh-consecutive month at this level.

According to the Federal Reserve Bank’s survey, median expected household income growth increased to 2.9% in June from 2.8% in May. Median household spending growth expectations decreased from 3.5% in May to June’s 3.3%.

“After May's weaker jobs data, which was revised even lower today, the June report takes on new importance as a sign of whether the May data was a one-month blip or the start of a new weaker trend,” said Danielle Hale, Chief Economist for realtor.com. “The 224,000 jobs added in June are a strong bounce back and will likely make the Fed less inclined toward rate cuts later this month, especially as the unemployment rate still hovers near 50-year lows at 3.7%.”