Home >> Daily Dose >> The Rise of Mortgage Brokers with Millennials

The Rise of Mortgage Brokers with Millennials 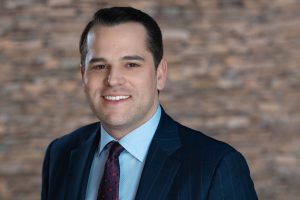 The second annual National Mortgage Brokers Day on Thursday, July 18, was a success, according to the Chairman of the Association of Independent Mortgage Experts (AIME), Anthony Casa, as brokers are finding a renewed life in the market.

“For the second year in a row, mortgage brokers are better,” Casa said. “One out of three millennial homebuyers now partner with a mortgage broker to help them finance their first home. Millennials are doing more research and finding mortgage brokers provide more savings, personalized service, and no fees.”

Casa—who also appeared of Cheddar TV’s Morning Bell show on Thursday, broadcasting from the floor of the New York Stock Exchange—said millennial homebuyers will push brokers into the fourth-largest lending force, by volume, by early 2020.

More than 70 million millennials still do not own a home, and are using brokers to help them find the best deal on a loan, Casa said.

“The big reason why that's happening is, the starter home price is fairly high, and many millennials are coming into the market and not able to find a property in their price range that they really desire, coming out of their are rentals,” Casa said.

He added that working with independent brokers creates an opportunity to help first-time buyers get the property the want, or the ability to borrow at lower interest rates, as brokers can deliver “at least a half a percent lower” than most banks and lenders.

“So you're increasing your buying power, or the ability to have an expert hand walk you through renovation financing and set up the fixer-upper loans that are out there,” Casa said. “Freddie Mac just rolled out a new fixer-upper program, and that's the market that mortgage brokers do exceptionally well in. So that is, from my perspective, I think when it comes to this home buyer, or the millennial home buyer, that they really need something that's not cookie-cutter.”

Utilizing brokers for millennial buyers can also help them get into the home they want without paying the traditional 20% down payment, Casa said, adding that the average down payment for a millennial home buyer over the past two years has been about 5%.

While the housing industry is quickly integrating technology and automated processes, Casa said the issues with using technology in the mortgage realm is the lack of education that takes place.

Casa said that while brokers are finding a renewed market in the millennial buyer, there is an “acceleration” of banks re-entering the mortgage space—nearly a decade after the housing crisis.

He said the first major bank to remove itself from residential mortgage was Wells Fargo in 2008, with many following suit. However, lenders are coming back and it’s a trend that seems to be gaining steam.

“I mean just in the last 12 months, you have the number-three lender in the country, Penny Mac home loans … they opened a wholesale division. Mr. Cooper acquired, which is one of the biggest servicers in the country, acquired Pacific Union Financial and they entered the wholesale space,” Casa said.

The reason for the change, according to Casa, is the removal of fraud, greed, and misrepresentation that plagued the industry in 2008

“And then they transition, through regulation, turned into financial advisors and there was licensing, there was a lot of kind of due diligence that went into becoming an advisor and there's a lot of checks and balances,” Casa said.