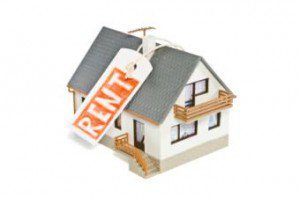 Big investors are on the rise in the single-family rental market—and in some areas, they’re giving homebuyers a run for their money. According to a recent article by Ryan Dezember and Laura Kusisto of The Wall Street Journal, large investors have spent about $40 billion in the single-family rental arena so far—and though they currently own only about 2 percent of all U.S. rental homes, the impact of their entrance is felt throughout the housing industry.

In the Spring Hill area of Nashville alone, Dezember and Kusisto report that almost 700 homes—and 5 percent of all rental properties—are owned by five major firms. But the trend isn’t limited to just Nasvhille—or even the state of Tennessee.

“A new breed of homeowners has arrived in this middle-class suburb of Nashville and in many other communities around the country: big investment firms in the business of offering single-family homes for rent,” Dezember and Kusisto wrote. “Their appearance has shaken up sales and rental markets and, in some neighborhoods, sparked rent increases.”

Typically, these big investors are looking for newer homes no smaller than three bedrooms and at lower price points. The goal is to have a convenient, easy-to-manage property.

“They prefer easy-to-maintain newer homes in entry-level price ranges and in neighborhoods governed by homeowners associations, which can help look after their properties,” the article reported. “They often outfit their homes with the same appliances, fixtures, and flooring so that their maintenance crews have parts on hand when they make house calls.”

So what's causing this new interest in big-box SFR purchases? According to the article, it’s the low homeownership rates as of late, as well as changing demographics.

“The buying spree amounts to a huge bet that the homeownership rate, which currently is hovering around a five-decade low, will stay low and that rents will continue to rise,” they wrote. “The investors also are wagering that many people no longer see owning a home as an essential part of the American dream.”

Ever-rising rental costs are also helping—at least for now. Though the competitive rental market means investors can turn a bigger short-term profit, if rents keep rising, they could drive residents right back into homeownership’s arms.

“When rents are significantly higher than the cost of ownership, renters tend to become house hunters,” they wrote.

Previous: Reexamining Flaws
Next: The Week Ahead: An Update on Home Values