Analyzing Home-Sale Prices Across the Nation 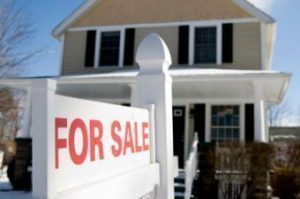 Home-sale prices increased year-over-year by 3.4% in June to an average of $321,000, which is the third-consecutive month of growth, according to Redfin.

The report states that the growth rate of home prices was similar to May’s rate, but down 5.5% year-over-year increases in June 2018.

Redfin reveals that just six of the 85 largest metros tracked by Redfin saw annual declines in sale prices. San Jose, California, was the biggest market to see decreases, with home prices falling 4.9% from 2018.

“As national home price growth stabilizes, we’re continuing to see supply and demand dynamics play out differently in affordable inland markets than in expensive coastal markets,” said Redfin Chief Economist Daryl Fairweather. “In places like Philadelphia (Pennsylvania) and Cleveland (Ohio), where home prices are growing by double digits and buyers are rate-and price-sensitive, falling mortgage interest rates make buying a home this summer increasingly attractive. But without a commensurate increase in the number of homes for sale, some of the most affordable markets are driving nationwide home prices up. Meanwhile, expensive markets like the Bay Area and Seattle are still feeling a chill with falling prices and many more homes for sale than there were a year ago. Unlike their inland counterparts, buyers in these once-hot West Coast markets are less likely to feel the urgency to buy while rates are low and before prices rise more."

Redfin states that median home prices rose just 1.4% from May, with 302,700 homes sold for the month—a 5.4% decline from the month prior and an annual drop of 8%. Eighty of the 85 metros tracked by Redfin saw year-over-year home sales fall in June.

The volume of homes for sale saw the smallest increase in 10 months at 0.5%. Redfin states that 48 metros saw a decline in supply as 37 witnessed an increase from the year prior.

Previous: Mortgage Bank Honoring Veterans With Partnership
Next: Are Rate Cuts On Their Way?