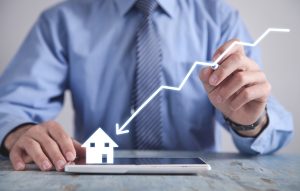 Also dropping from last week was the MBA’s Refinance Index, which fell 4% from the previous week, and is now 83% lower than the same week just one year ago. The seasonally adjusted Purchase Index decreased 1% over last week, while the unadjusted Purchase Index decreased 0.4% compared to the previous week, and was 18% lower than the same week one year ago.

“Mortgage applications declined for the fourth consecutive week to the lowest level of activity since February 2000,” said Joel Kan, MBA’s Associate VP of Economic and Industry Forecasting. “Increased economic uncertainty and prevalent affordability challenges are dissuading households from entering the market, leading to declining purchase activity that is close to lows last seen at the onset of the pandemic.”

The overall refinance share of mortgage activity decreased to 30.7% of total applications, down slightly from 31.4% the previous week. Refis continue to tail off, with mortgage rates continuing their climb upward, as Freddie Mac reported the 30-year, fixed-rate mortgage (FRM) rose to 5.54%, up from 5.51% the previous week.

Mortgage rate instability, spurred on by the anticipated Federal Reserve rate hike expected this week, is continuing to drive more prospective buyers away from the market, as affordability concerns are top-of-mind for many. Nationwide inflationary concerns are just an added layer keeping buyers away from a volatile marketplace.

Hesitation on the part of homebuilders is slowing the influx of new homes in replenishing the nation’s housing supply. Builder confidence continues to decline, as the National Association of Home Builders (NAHB) reported that metric falling for the seventh consecutive month in July.

The U.S. Department of Housing & Urban Development (HUD) and the U.S. Census Bureau have reported that sales of newly-built, single-family homes in June 2022 fell 8.1% month-over-month, to a seasonally adjusted annual rate of 590,000. Year-over-year, new home sales were down 13.4% in June of 2022.

“Buyers are balking due to deteriorating affordability conditions and growing sticker shock,” said Danushka Nanayakkara-Skillington, NAHB’s Assistant VP for Forecasting and Analysis. “Only 14% of new home sales in June were priced below $300,000. A year ago, it was 27%. Meanwhile, inventory levels are elevated and will contribute to near-term production declines as the market finds a new balance.”

And the rise in rates is further impacting the adjustable-rate mortgage (ARM) share of overall app activity, as ARMs decreased to 9.1% of total applications week-over-week.

However, as Kan points out, all these converging negative forces may result in a happy ending for buyers in the end.

“Weakening purchase applications trends in recent months have been consistent with data showing a slowdown in sales for newly constructed homes and existing homes,” said Kan. “A potential silver lining for the housing market is that stabilizing mortgage rates and increases in for-sale inventory may bring some buyers back to the market during the second half of the year.”

Previous: Where Would a Recession Be Felt First?
Next: New Treasury Department Measure Seeks to Boost Affordable Housing Supply