Data from Freddie Mac's latest Primary Mortgage Market Survey (PMMS) revealed that the current 30-year fixed-rate mortgage (FRM) lies at an average rate of 2.99%, with an average 0.8 point for this final week in July (ending July 30).

This rate shows a slight dip from the previous week, which posted a rate of 3.01%. A year ago this week, the 30-year FRM mortgage rate averaged out at 3.75%.

As for the 15-year fixed-rate mortgage, Freddie Mac revealed that it averaged 2.51%. This statistic fell from just last week, which averaged 2.54%. And this same time last year? The 15-year FRM averaged 3.20%, nearly an entire percentage point higher than this week’s rate.

Freddie Mac’s report also shared that the five-year Treasury-indexed hybrid adjustable-rate mortgage (ARM) this week averaged 2.94%. This statistic was lower than last week’s average of 3.09%, and much lower than this same week last year’s 5-year ARM, which averaged 3.46%.

Sam Khater, Freddie Mac’s Chief Economist, likened the current happenings to Groundhog Day, while also predicting strong home sales throughout summer: “It’s Groundhog Day in the mortgage market as rates continue to remain near historic lows, driving purchase demand over 20 percent above a year ago. Real estate is one of the bright spots in the economy, with strong demand and modest slowdown in home prices heading into the late summer. Home sales should remain strong the next few months into the early fall.”

Realtor.com Senior Economist George Ratiu also offered his expert insight on the findings, specifically how they relate to the current pandemic: “Today’s Freddie Mac report shows the 30-year fixed mortgage rate slid 2 basis points from last week, to 2.99%, as bond investors reacted to the slump in consumer confidence and the Federal Reserve’s stated concern that the resurgence in COVID cases is slowing the economic recovery. Today’s unemployment insurance claims underscored that point, showing a worrying increase in both initial and continuing claims, which rose to 1.4 million and 17.0 million, respectively.”

Ratio continued, offering an idea of what to expect as summer ensues: “At summer’s midpoint, real estate markets are sizzling with activity, as buyers are leveraging low mortgage rates to adapt to a world of extended social distancing, remote work and home schooling. Buyer demand has pushed activity and prices higher than pre-pandemic levels, as sellers remain firmly on the sidelines. With companies pushing a return to offices well into 2021, buyers are looking for space, affordability and quality of life in the suburbs, smaller towns, as well as second home and vacation destinations. However, the economic horizon is gathering storm clouds, brought by renewed health concerns, rising corporate bankruptcies and layoffs, and dimming safety nets. Congressional fiscal action is on the table, yet the gap between competing proposals remains wider than low mortgage rates can cover.”

Previous: The Road to Affordable Housing
Next: Numbers of Prospective Homebuyers on the Upswing 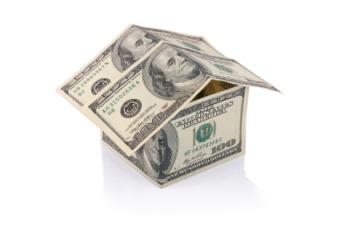 The most recent of CoreLogic's quarterly reports on Americans' home equity shows that, nationwide, homeowners ...