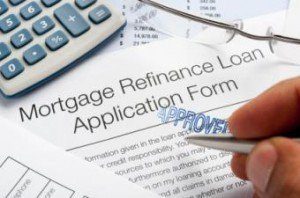 Refinancing could spare some an average of almost $23,000 over the life of their loan.

Who doesn’t like to salt away money? Nope, don’t exactly see a flurry of hands shoot up among homeowners.

In 50 of the nation’s largest cities, on average, refinancing could save borrowers an average of almost $23,000 over the life of their loan, Lending Tree found. In Boston, that could mean almost $27,000, and $18,000 in Columbus, Ohio.

Boston, Pittsburgh, at $26,249, and Philadelphia, $25,833, are the three largest cities where refinance borrowers can preserve the most cash.

Meantime, when they price compare—in the cities of Pittsburgh, Greensboro, North Carolina and Oklahoma City—refinance borrowers can see the widest margin in APRs. In these three areas, the average index is 0.57. Average lifetime interest savings of $24,255 are yielded by this spread.

What’s more, in cities where potential savings are lowest—Columbus, Ohio, for instance—by checking their options, refinance borrowers can still save $18,442 over the life of their loan.

A Mortgage Rate Competition Index, created by LendingTree, will abet the efforts of consumers to understand how much they might save. The Index measures the basis-point spread between high and low annual percentage rates or APRs the LendingTree platforms offers users through the second quarter of the year.

On a monthly and annual basis shoring the total interest paid over the lifetime of a loan can culminate in meaningful savings. Refinance borrowers, for instance, can keep around $64 monthly in their pocket, or $766 yearly.

Last June, mortgage rates were creeping toward a two-year low, according to what was then Freddie Mac's Primary Mortgage Market Survey data, according to MReport.

The survey found the 30-year fixed-rate mortgage rate dropped to 3.82% recording the sixth consecutive week of decline. It was its lowest since September 2017.

According to Sam Khater, vice president and Chief Economist at Freddie Mac, while the low rates indicate a prime opportunity for borrowers to save on mortgage, Freddie Mac research has found that there can be a "wide dispersion among mortgage offers."

"By shopping around and getting a single additional mortgage rate quote, a borrower can save an average of $1,500," Khater said.

A Lending Tree study at the time found a wide distribution of mortgage fees for borrowers, making a stronger-than-ever case for shopping around to save. The study considered a total of 300,000 loan offers on the Lending Tree platform.

In the first quarter, mortgage fees had a median of $2,059 for purchase loans and $1,807 for refinancing, indicated the study. That said, the greater number of offers a borrower received, the more inclined they were to save on mortgage fees. For people receiving five offers, for example, the median between the highest and lowest fees offered was $2,045.