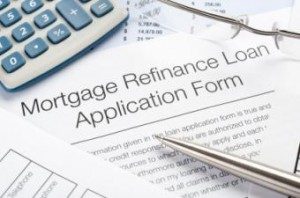 The Mortgage Bankers Association (MBA) reports that the volume of mortgage applications for the week ending August 2 increased 5.3%.

Also seeing a spike was refinance activity, which grew 12% from the week prior and saw a year-over-year increase of 116%. The MBA also reported that the Purchase Index fell 2% from the previous week.

"The Federal Reserve cut rates as expected last week, but the bigger influence on the financial markets was the beginning of a trade war with China. The result was a sharp drop in mortgage rates, which will likely draw many refinance borrowers into the market in the coming weeks," said Mike Fratantoni, MBA SVP and Chief Economist. "The 30-year fixed rate mortgage fell to its lowest level since November 2016, and the drop resulted in an almost 12% increase in refinance application volume, bringing the index to a reading over 2,000—its highest over the same time period. We fully expect that refinance volume will jump even higher this week given the further drop in rates."

Record low mortgage rates have caused a surge in refinance activity, and CNBC reported in July that the average borrower could save up to $266 a month.

CNBC adds that those eligible for refinancing increased by 6.3 million since last November when rates were more than 5%.

Additionally, about 1.5 million borrowers, or roughly 35% of those who took out loans last year, could benefit from lower mortgage rates and refinancing. Mortgage applications to refinance rose 92% last week, and refinances for loans originated last year increased 300%.

Fannie Mae’s Economic and Strategic Research (ESR) team in July revealed that refinance activity is expected to represent 32% of originations in 2019, up from 29% in 2018 and more than 2% higher than was forecast last month.