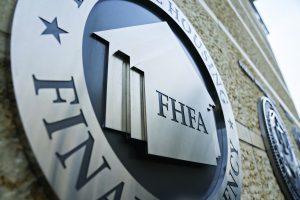 The Federal Housing Finance Agency (FHFA) announced three personnel updates to its executive staff. Naa Awaa Tagoe will serve as the Deputy Director for the Division of Housing Mission and Goals (DHMG), Joshua Stallings will become the Deputy Director for the Division of Bank Regulation (DBR), and Chris Dickerson will continue in his role as Senior Advisor to the Director in a permanent capacity. These appointments are effective immediately, or as otherwise indicated below. ​

"As DHMG's Acting Deputy Director, Naa Awaa's decision-making and policy judgment has exemplified the notion that safety and soundness and equitable access to credit are complementary concepts rather than being mutually exclusive," said FHFA Director Sandra Thompson. "Through his previous roles as Examiner-in-Charge for the Boston and Cincinnati Federal Home Loan Banks (FHLBanks) as well as for both Enterprises, I know Joshua has an unwavering commitment to FHFA's mission and will ensure the safe and sound operation of the FHLBanks and Office of Finance. Chris has provided me with extensive subject matter expertise and institutional knowledge. Naa Awaa, Joshua, and Chris bring a wealth of financial regulator experience to the table, and their demonstrated leadership abilities ensure a high level of expertise and commitment to supporting FHFA's important mission."​

​Naa Awaa Tagoe has served as Acting Deputy Director of DHMG since June 2021. Previously she was Principal Associate Director in the Office of Capital Policy within DHMG. Prior to joining FHFA's predecessor agency—the Office of Federal Housing Enterprise Oversight (OFHEO)—in 2003, Tagoe held positions with Bear Stearns and Houlihan Lokey. Tagoe earned her bachelor's degree in Electrical Engineering and her MBA from Stanford University.

Joshua Stallings is currently Examiner-in-Charge of the Office of Fannie Mae Examinations within the Division of Enterprise Regulation (DER). He will assume his new role as Deputy Director for DBR on August 15, 2022. Previously he served as the Examiner-in-Charge of the Office of Freddie Mac Examinations as well as the Boston and Cincinnati FHLBanks. Stallings started his supervisory career with the Office of Thrift Supervision and received a Bachelor of Business Administration with a focus in Economics from the University of Georgia.

Chris Dickerson served as FHFA's first Deputy Director of DER upon its founding in 2008. Since then, he has held numerous leadership positions throughout his tenure at FHFA, including Examiner-in-Charge of Freddie Mac and Special Supervision Advisor in DER. Prior to FHFA, Dickerson spent 11 years at OFHEO serving as Director of Supervision and as Chief Compliance Examiner. He graduated from the University of Alabama at Birmingham with a degree in Accounting.​