The Housing and Construction Conundrum 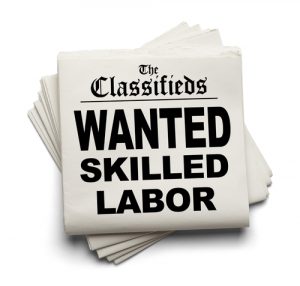 It’s a challenging time to be in construction according to a recent Axios article by Christopher Matthews. Even though home prices nationally have almost hit their pre-recession peaks and buyers are putting in offers on homes left and right leaving incredibly low inventory, homebuilders aren’t keeping up. About 849,000 new single-family homes have been built per year, but this is incredibly shy of 2007’s 1,036,000. In turn it’s affecting jobs. Only 767,000 people are employed in residential construction, which is 20 percent lower than a decade ago. So what gives?

According to homebuilders, it’s labor. Skilled workers are in short supply and that’s the main source of not meeting the home demand. The National Association of Homebuilders reported 78 percent of construction firms saying that labor is their number one concern, up from 11 percent in 2011. Labor advocates say that if the construction industry needs more labor, they should consider raising wages—especially considering that wages haven’t gone up since 2006. But the truth is, they cant.

Homebuilders told Axios that if they were to raise wages, it would cause home prices to surge beyond the typical buyers means. Donnie Evans, a builder from Dallas based Altura Homes, said he’s already raised the average home price by 50 percent from around $160,000 four to five years ago to $240,000 today.

Regulation could be part of it. Trulia’s Chief Economist Ralph McLaughlin said government fees and construction standards make building uneconomical even when they have cheap land. According to NAHB, infrastructure, which homebuilders must contribute to, accounts for roughly 25 percent of a new home and rose another 5 percent between 2011 and 2016.

Another contributor could be financing. Homebuilders borrow in order to fund projects and outstanding residential construction loans are at 40% of their 2007 levels. Lawrence Yun, Housing Economist at the National Association of Realtors, told Axios that the Dodd-Frank regulations on community banks are holding back development lending partnered with already leery bankers on getting back into real estate lending.

To be short on a not so simple subject, the answer might be just to wait it out. State and local governments can reassess their regulations and land-use laws, the federal government can expand the affordable housing tax, and home builders can raise workers pay—but ultimately it is a combination of issues that will have to be solved together.