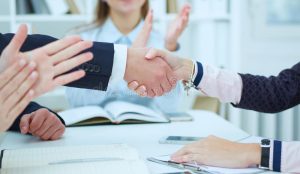 A new article by Ksenia Potapov, an Economist for First American Financial Corporation, says that in a still red-hot market, there are bargains to be found at every level of housing—you just may not be searching in the right city.

According to Potapov, affordability is declining in light of double-digit house-price appreciation and inventory shortages. At the same time, the average 30-year, fixed-rate mortgage increased from 3% in April 2021 to 5% in April 2022.

As a result, the median U.S. renter, who can also be considered the median potential first-time home buyer, could afford 35% of the homes for sale nationally in April 2022, down from 54% a year earlier.

Still, more-and-more millennials are aging into their prime homebuying years creating a new wave of demand.

“Many potential first-time home buyers have pulled back from the market amid the deterioration in affordability, but they can still find pockets of affordable homes,” Potapov wrote.

In particular, Potapov cited five cities as the most affordable for homeseekers assuming they earn the median annual wage, with the current mortgage rate, and a 5% down payment. They are:

“Rapid nominal house price appreciation combined with rising mortgage rates drove down affordability year over year in all of the top 50 U.S. markets,” Potapov wrote. “Not surprisingly, cities where first-time home buyer affordability declined the most over the past year were typically ones where house prices increased most rapidly. These markets include Phoenix, where only 16% of homes were affordable to the median renter, Raleigh, North Carolina (27%), and Providence, Rhode Island (20 percent).

So what’s the outlook for first-time home buyers?

“Since April, mortgage rates have trended even higher, further reducing house-buying power and dampening demand,” Potapov concluded. “As the housing market cools, house price growth is likely to moderate as potential buyers pull back from the market, allowing supply and demand to rebalance. But, in the interim, cities such as Buffalo, N.Y., Pittsburgh, Oklahoma City, and Detroit provide renters the greatest opportunity to purchase a home.”

Previous: Homebuyers and Sellers Adapt to Changing Market Conditions
Next: Where Are the Housing Market’s Hottest ZIP Codes?