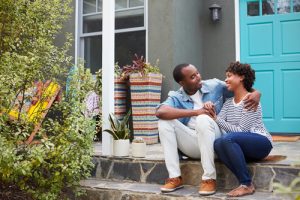 To what extent is homeownership in America racially divided? Apartment List analyzed Census Bureau data from 1980 to 2015 to answer this question, finding that in households headed by adults aged 25 to 64, the difference between white and black homeownership alone is almost 30 percent.

“A lot of the ways we can fix the divide starts with early education, because to buy a home you need moderate to good credit history and finances need to be in order,” Gregory Anderson of ACB Realty in Boston, Massachusetts and Federation of Certified REO Experts (FORCE) Subcommittee Chair for Black Professionals in FORCE said. “Yes, there are some programs to assist regarding low to moderate income, even special credit exceptions, however they are limited.”

Anderson believes that if parents or teachers put a higher emphasis on teaching children at an early age how important it is to keep a good credit history, it will help with homeownership in the future. However, it’s difficult for minorities to play catch up when one side already has the advantage. Currently, the concentration of wealth rests predominantly in the hands of the white demographic.

FORCE Subcommittee Chair for the Latino Professionals in FORCE, Adriana Montes, who is owner of Florida Dreams Real Estate Group said to begin to close the gap, Americans need to first be aware that it’s a problem. “People don't want to acknowledge, or maybe they’re not even aware, that there's that stereotype. People are judgmental by nature, but don't acknowledge or are not aware that the bias negatively impacts society. It’s something we have to be more aware and conscious of, and little by little eliminate.”