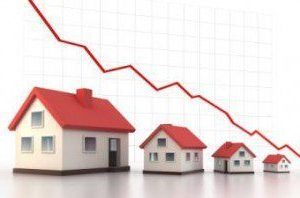 Annualized in Q2 2020, the gross domestic product, adjusted for inflation, plummeted 31.7%, according to the second estimate from the Bureau of Economic Analysis.

That’s a bit better than the advance estimate of a 32.0% drop annualized. Private inventories, consumer spending, business fixed investment, and exports received the upward revisions. Meantime, compared to the prior quarter, which wasn’t annualized, there was a plunge of 11.1% in pre-tax profits; that was on the heels of a dip in the first quarter of approximately 12%.

Last month, remaining essentially intact were personal income, adjusted for inflation, the Bureau reported. There was a 0.7% uptick in real personal income growth, transfer payments aside, while real personal consumption expenditures bumped up 1.6%. That said, however, it still falls 4.7% below February’s level. There was a sag in the personal saving rate from 19.2% to 17.8%. The PCE price index inched up 1.0% from a year ago. That’s a one-tenths boost from June, while the core PCE price index ascended 1.3%, which pushed the pedal to the metal by two-tenths from the prior month.

In August, there was a drop of 6.9 points to 84.8 in the Conference Board Consumer Confidence Index—the lowest reading dating back to May 2014. In the aftermath of a two-month climb, the present situation index withdrew, which the plummet continued in the index for consumer expectations.  In the final August reading, the University of Michigan Consumer Sentiment index drifted up to 74.1, a boost of 1.6 points.

In July, the Census Bureau reported that orders for durable goods parachuted 11.2%. However, the still were fell 6.3% short of February’s levels.

There was a spike of 13.9% in July for new single family home sales to a seasonally adjusted annualized rate of 901,000—which the Census Bureau indicated is the largest boost since December 2006.

While Fannie Mae forecasts a degree of cooling in new home sales in the upcoming months with a fall in pent-up demand, it continues to expect new home-sales and construction to proceed unabated in conjunction with a burgeoning economy.

Meantime, after trailing off—significantly—in March, April’s reading of housing starts and permits from the Census Bureau tumbled even further.

There was a drop of 20.8% in April housing permits while housing starts dipped by 30.2%. Completions for the month, meantime, sagged by 8.1%.

In the northeast month-over-month, housing starts drifted 43.6%; in the west, a 43.4% drop was reported from March. There was a drop off annually by 11.8% in the number of homes completed.

Holden Lewis, Home and Mortgage Specialist at NerdWallet, said April’s drop is associated with the uncertainty of whether or not buyers will return to the market later this year.

“On top of that, they have to guess about the availability of construction workers in the next few months. This will exacerbate the housing shortage that many places suffer from. With fewer houses being built, there will be less opportunity for today's homeowners to move up and sell to first-time buyers,” he said.