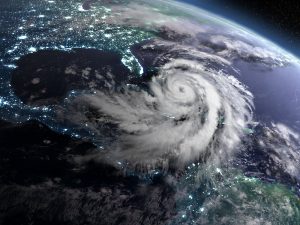 In a 419-3 vote, the House of Representatives has authorized almost $8 billion in aid for Hurricane Harvey victims. However, another super storm could require additional relief measures if it continues to follow its current course: Hurricane Irma.

In preparation, Florida Gov. Rick Scott requested Tuesday evening a pre-landfall emergency declaration for the State of Florida. Weather.com categorized the storm as a “potentially catastrophic Category 5 hurricane.” President Donald Trump approved the request, which will provide preparation resources and assistance from the federal government.

Irma is considered the strongest hurricane in the Atlantic basin ever recorded, with maximum winds steady at 185 mph, based on data from NOAA and Air Force Hurricane Hunter Aircraft. The South Florida Water Management District has begun lowering water levels in the canals, moving as much water as possible in preparation for the storm, but with the National Flood Insurance Program (NFIP) set to expire in less than a month, Florida could be in a bad situation.

“This isn't just an issue for waterfront homes, either,” said Florida Realtors President Maria Wells. “Flooding can occur due to storm surge and heavy rain—we must protect Florida's citizens."

According to the Florida Division of Emergency Management, 1.8 million homes in Florida are covered by the NFIP. If the program lapses, the National Association of Realtors reported that home sales could be put on hold, considering that the last time the NFIP lapsed, 40,000 homes sales a month were put on hold. Part of the reason there's additional concern among homeowners for Hurricane Irma is due to the property destruction they witnessed in last weeks Hurricane Harvey devastation.

“Without flood insurance, our communities are unprotected and at risk, with devastating consequences to people and their lives, homes, and businesses,” Wells said.

Freddie Mac announced Tuesday that it has revised its disaster relief policies to allow mortgage servicers to, “automatically suspend evictions and foreclosure sales for 90 days for borrowers with Freddie Mac owned or guaranteed mortgages whose homes are located in eligible disaster areas.” Freddie said that as long as an applicable mortgage loan is in forbearance under their disaster relief policies, they will not repurchase that loan from its related PC.

For more information on Freddie Mac’s treatment of Loans with Disaster Forbearance in PCs, click here.