As national population growth sits at a record low, domestic migration was the key component of population change on state and local levels in 2021, according to demographic findings of Harvard University's State of the Nation’s Housing report released in June. 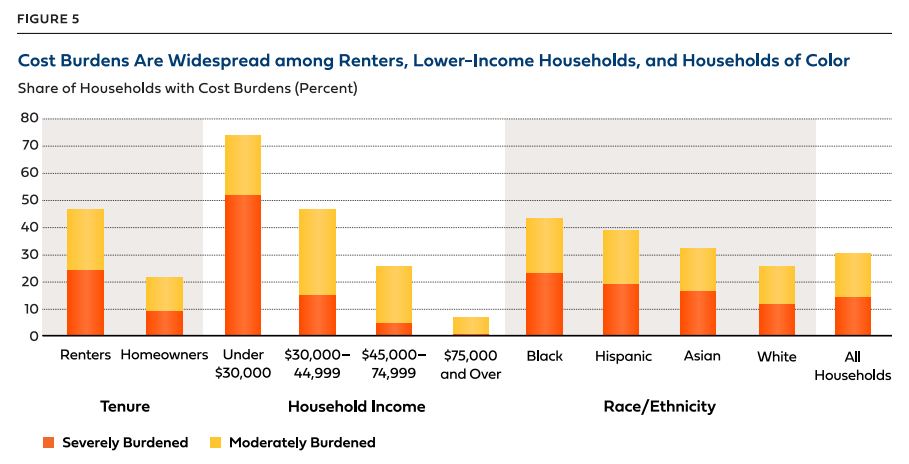 The sharp rise in interest rates has had an enormous impact on the costs of homeownership, making it even more difficult to close longstanding disparities. The impact on monthly mortgage payments of the 2.0 percentage point hike in interest rates between late December 2021 and mid-April 2022 is equivalent to that of a 27% jump in home prices.

With prices continuing to rise along with interest rates, the savings and income needed to qualify for a home loan have skyrocketed, raising the financial hurdles for first-time and middle-income buyers. At today’s prices, the down payment that a first-time buyer would have to make on a median-priced home —typically 7% of the sales price— amounted to $27,400 in April 2022. Without financial help from family or other sources, this requirement alone would rule out an estimated 92% of renters, whose median savings are just $1,500.

Migration and Population Change Varied by State During the Pandemic

This state-level map illustrates regional preferences for the Sunbelt and southeast in particular. Florida had the highest net inflows, with 221,000 more people moving in than out between July 2020 and July 2021, followed by Texas and North Carolina. The Mountain West was also fairly attractive to domestic migrants in 2021, along with parts of the Midwest and most of New England. The states that stand out with the largest levels of net domestic outflows are California and New York, both of which lost more than 300,000 migrants, followed by Illinois with a net outflow of 122,000 people.

County-level changes provide more nuance, however, showing some counties gaining migrants even in states with net outflows, and vice versa. As the interactive county map below shows, despite the overall net inflow in states like Florida and Texas, both states had several counties with steep outflows. The counties containing the cities of Miami and Orlando, for example, together had a net outflow of 61,000 people and the counties with the cities of Dallas and Houston had a combined net outflow of 89,000 people. In California, on the other hand, the counties containing the cities of Riverside and San Bernardino had a combined net inflow of 39,000 people despite the state’s overall net outflow. 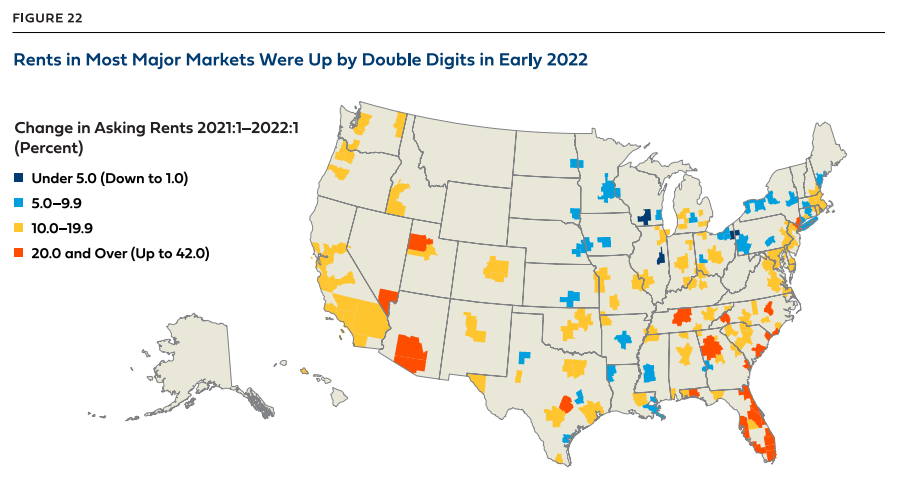 Suburbs and Smaller Metros Benefited Most From Domestic Migration in 2021

These county-level examples show a pattern of large urban counties losing domestic migrants and suburban areas around these counties gaining migrants. Other examples of this pattern include:

Of the 68 central counties of large metropolitan areas, some 85 percent% had net outflows in 2021. In stark contrast, 295 counties —or 80%— in the outlying parts of these large metro areas had net inflows.