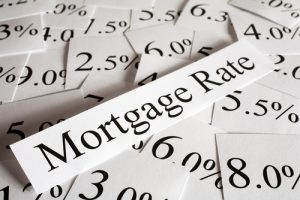 Mortgage applications are up by 6.8 percent year-over-year in August, according to new data released by the MBA. In comparison to July’s data, applications were up 7.0 percent in August. These numbers do not reflect any seasonal adjustments.

The average size of the loan also increased to $334,940, which is up from $349,483 in July and a record since the MBA started tracking the data. According to the report, the largest number of new mortgage applications came from the states of Texas and Florida, although it is uncertain as to how the fallout from Hurricane Harvey and Hurricane Irma will affect the progress of new home starts in the near future.

Breaking down mortgage applications to loan type, 71.9 percent of all August applications were conventional loans, whereas 14.4 percent were Federal Housing Administration (FHA) loans, and VA loans comprised 12.7 percent of the loans, and RHS/UDSA loans only amounted to 0.9 percent.

Previous: Underestimating Home Values
Next: Fintech: The Fastest Growing Industry in the U.S.