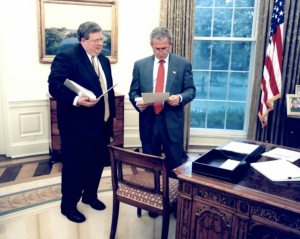 The Five Star Institute and its sponsors capped Tuesday’s programming at the 2021 Five Star Conference and Expo as industry leaders gathered to celebrate the dream of homeownership during this year’s Keys for Life Reception and Concert. The event included a full slate of industry-focused programming, closed out by rock band Night Ranger, best known for their 1984 hit “Sister Christian.”

The event was Hosted and the concert Co-Hosted by Auction.com, with Partners JPMorgan Chase, MCS, and the Veterans Financial Services Advisory Council, and Non-Profit Partner Operation Homefront.

As in years past, Five Star Global Chairman Ed Delgado kicked things off by welcoming the crowd and delivering his State of the Industry address.

"At a time when many companies are challenged by market volatility, it is important to acknowledge what has been accomplished during these extraordinary times,” Delgado said, then spotlighting areas where the industry has risen to meet the challenges of the past 18 months. “It was astonishing to watch an entire industry rise to the occasion in the face of adversity and uncertainty and, once again, demonstrate an unapparelled level of care for homeowners.”

However, he continued, “make no mistake: this success has come at a price.” Expounding on the struggles faced by many sectors such as financial services attorneys and real estate professionals who continue to face decreased volumes, Delgado also spotlighted the increased regulatory environment under the Biden administration. Finally, he noted that the industry must also adapt to the changing needs of new generations of homebuyers, “consumers that will look and act vastly different when compared to the consumers of the past decade.”

Nevertheless, Delgado closed by showcasing the positive takeaways that position the industry for future success: “We know that a nationwide workforce is now available regardless of business location – no longer confined to in-office cubicle farms. We know we can rapidly deploy solutions to aid homeowners on a national scale and have the infrastructure to back it up. And, as an industry, we know how to be transformative when called upon.

“Because of these advancements, I am pleased to inform you that the state of the industry is strong,” Delgado concluded, “because of the strength of leadership in this room.”

The evening also saw the presentation of the annual Five Star Lifetime Achievement Award, with this year’s honor going to The Hon. Brian D. Montgomery, Chairman and Founding Partner, Gate House Strategies, LLC; Deputy Secretary at U.S. Department of Housing and Urban Development (2019-2021). A universally respected veteran of four presidential administrations (both Republican and Democrat), Montgomery is the only person to be confirmed to lead the FHA twice where he served as Assistant Secretary for Housing and Federal Housing Commissioner for a total of 6.5 years under three different presidents.

In a prerecorded tribute, former HUD Secretary Ben Carson said of Montgomery, "He probably knows more about housing policy than any other person in the United States of America."

Montgomery, who is known for his ability to exercise pragmatism over politics and his accomplishments under both Republican and Democratic administrations, advised the audience that sometimes progress requires compromise and that people count on government leaders to serve the public, regardless of political affiliation.

"There has to be a willingness to come together," Montgomery said. "I think of my term in government—September 11, the space shuttle Columbia, The Great Recession and the more recent COVID-19—I am reminded that although we might differ on governing philosophy, we share common goals and great admiration for the institutions and leadership of our government, which ultimately serve the same people."

He reminded the professionals gathered for the evening that there is always meaning in pursuing something sincerely.

"The work you put in will fit into the larger picture if you allow it to," he said. "The greatest rewards are found in the commitments we make with our whole hearts."

The Keys for Life Reception also continued a longstanding Five Star tradition by the presentation of keys to mortgage-free homes to a group of military veterans. The homes were provided through the support and cooperation of JPMorgan Chase, Operation Homefront, and the Veterans Financial Services Advisory Council. This year’s home recipients included: