Home >> Daily Dose >> Power Players of the Women in Housing

Power Players of the Women in Housing

Editor's Note: The Women in Housing Power Players are women in the housing industry that have played a pivotal role in the mortgage industry , and MReport is honored to highlight their accomplishments in this special feature. You can read the full issue here. 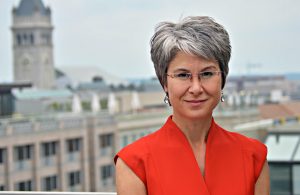 Some people are fortunate enough to know exactly what they want to do in life as soon as they get their first taste of it—and in Meg Burns’ case, that’s exactly what happened. Burns, SVP for Mortgage Policy at Financial Services Roundtable, is responsible for addressing priority policy issues that Washington, D.C., is grappling with, whether it’s on regulatory front work with the Treasury Department, the CFPB, FHFA, FHA, or whether it’s legislative.

Burns came into government under George H. W. Bush's Administration. She was working at a policy shop in a budget office developing briefing materials and speeches for executive leaders when she found herself writing a speech for Jack Kemp, former U.S. Secretary of Housing & Urban Development. It was the end of George H. W. Bush’s term and Bill Clinton had just won the election. Burns thought the political climate was incredibly interesting and she wanted to see how the transition of power between parties worked. From there, she continued her career in policy, supporting the design and execution of numerous programs as well as writing speeches and testimony for a variety of HUD and FHA officials.  She then made the leap to FHFA to direct the OCAC, but quickly found her way into a policy role as the head of an organization formed to support the GSE conservatorships, the Office of Housing and Regulatory Policy.

A quality Burns possesses that makes her so successful is the fact that she puts the difficult times at the back of her mind—a way to not be timid in whatever she does next. When she began her career, she felt she was the only woman in the room. Though it may still be that way at some conferences, it has been changing in recent years. Burns said the reason there are barriers now could be because of the lack of role models initially.

“One of the things that I most admire in strong women is those who command attention, but without being aggressive and without being loud,” Burns said. “They use their intelligence with a level of precision and they know when to step in and insert themselves in a conversation in a way that will have the most impact. There are plenty of people who talk too much, and there are plenty of people who are pushy, but the ones who can command attention because what they have to say is relevant, well informed, and intelligent—those are my role models.” 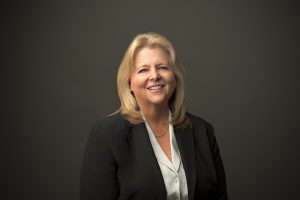 Karen Bellezza serves as the Chief Administrative Officer at Selene Finance. In this role, she is responsible for Corporate Governance, which oversees the legal, compliance, and risk management functions as well as Government Programs Oversight. In addition, she is Chairperson of the Risk Management Committee, which is responsible for identifying, evaluating, and mitigating any risks to Selene’s business objectives. Bellezza has helped grow Selene from a captive servicer to a special servicer for nonaffiliates.

As a founding employee of Selene Finance, Bellezza said she was faced with the daunting challenge of getting the company up and running. However, this experience turned out to be the most rewarding challenge of her career. “We started with 28 employees and no loans to service for about eight months—and we are now an industry-leading special servicer, celebrating our 10-year anniversary,” she said.

Prior to joining Selene in 2007, Bellezza served as SVP, Managing Director for Capmark Finance Inc., formerly GMAC Commercial Mortgage, where she was responsible for all offshore activities including European and Indian operations, operational training and development, and all technology initiatives, process improvements, and data management and provisioning for the Global Servicing Division.

Bellezza’s extensive experience in the mortgage industry is due to having held a variety of leadership roles during her tenure at GMAC Mortgage that included oversight of the company’s REO disposition group, foreclosure, and bankruptcy units, as well as serving as Capital Markets Operations Head and Strategic Sourcing Division Head. Prior to joining GMAC Mortgage in 1985, Bellezza served at Manufacturers Hanover Financial Services and Evans Financial, where she oversaw collection, foreclosure, and REO disposition activities.

“I’ve been fortunate to work with many talented people, both male and female, and learned important lessons from each of them. At each stage in my career, I’ve received sage advice and helpful guidance, and I’m thankful for all it. I’m also proud to have been influenced by my grandmother, and inherited some of her admirable qualities,” she said.

As for diversity and inclusion in the industry, Bellezza believes women have excellent opportunities. Despite the general notion that the finance industry tends to have a reputation as being majority male, she said that those “on the inside” have seen the shift toward diversity.

“As an industry, we need to continue to celebrate our women leaders to ensure that reputation continues to fade. At Selene, we have several exceptional female leaders and our staff and clients respect them—not because they are female, but because they are experts at what they do. Continuing to break down gender stereotypes will, over time, erase any inaccurate perceptions,” Bellezza said.

With a modern sense of openness to new ideas and perspectives, Bellezza trusts the industry will continue to evolve, advance, and improve. 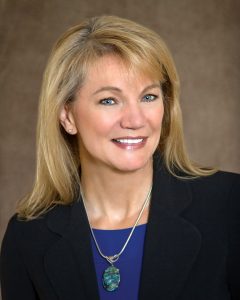 Kathy Cummings, SVP of Consumer Education and Consulting Executive at Bank of America is a seasoned veteran of the mortgage finance industry with over 30 years' experience on both the business and technology sides of the industry. Before landing at Bank of America, she worked at Prudential Home Mortgage in Risk Management Analytics, Wells Fargo in risk management and as the Director of Fraud Management, and JPMorgan Chase as VP of Information Management and Application Development Manager—all of which provided invaluable experiences to pave the way to where she is today.

During her 13-year tenure at Bank of America she’s held the titles of SVP, Senior Service Delivery Manager and SVP, CRE 1st Mortgage National Pricing Manager, along with her current title. She’s a woman with many responsibilities that span the affordable lending space, including working with Department of Housing and Urban Development-approved housing counseling agencies across the country. She strives to deliver pre purchase homebuyer education to everyone and anyone who has the thirst for knowledge.

As if that wasn’t enough, she’s also responsible for the oversight of a team that is charged with reviewing and approving thousands of affordable programs across the country for down payment assistance, closing grants, and mortgage credit certificates. Cummings will do whatever she can to ensure that homeownership is affordable.

Having earned a computer science degree from the University of Missouri at Saint Louis, Cummings sees many parallels between the technology industry and the mortgage finance industry—both are primarily male-dominated spaces, and in both industries women can’t have thin skin. And in both industries, she sees it as imperative that women maintain their values while doing whatever they can to learn as much as they can.

When reflecting on the mortgage finance industry, she recognizes that an inclusive leadership is paramount, but she can’t help but feel that women sometimes have the tendency to be their own worst enemies. She has a hard time understanding why women don’t support each other—encourage, promote, and cheer each other on.

“I surprised my new manager by telling him one of my favorite TV shows is American Ninja Warrior, because I love the competition. But more, I love that after they are done competing, the women stand on the sideline and cheer each other on and inspire each other to do better. And that’s how I think we should be, as an organization and as women.” 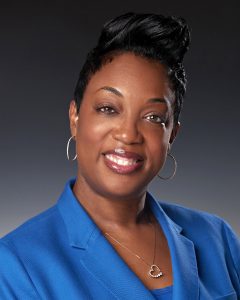 “Yvette always wanted to do meaningful work,” said Palmer. “She’s passionate about her role as the intermediary between the servicers of our $1.7 trillion portfolio and the millions of homeowners whose loans Freddie Mac owns. She’s committed to creating a better company and a better industry for American families.”

Gilmore is also charged with leading the servicing policy, quality assurance, and operational risk teams at Freddie Mac, as well as the team that manages the day-to-day relationships and performances of Freddie Mac’s entire portfolio of risk servicers.

She’s also been a key leader in the organization’s efforts to develop servicing standards that can improve both the borrower and servicer experience. And according to Palmer, Gilmore’s labors have “helped ensure more consistent and efficient interaction” on both sides of the homebuying equation.

Though Gilmore has accomplished much in her many years at Freddie Mac, it was all in the line of duty—and according to Palmer, Gilmore goes above and beyond that, particularly when it comes to diversity and inclusion. Palmer says Gilmore leverages her role as a female leader and as a person of color to spotlight diversity issues at Freddie Mac and in the industry at large. It’s not a responsibility Gilmore takes lightly—especially, she says, as American homebuyers become more diverse themselves.

“The next generation of homeowners will be more racially and culturally diverse, so it’s important that the industry as a whole reflects that same diversity,” Gilmore said. “In a competitive landscape, it’s imperative.”

To further that industry diversity, Gilmore currently chairs Freddie Mac’s Women’s Interactive Network, which focuses on expanding opportunities for women at the company. The group currently boasts a membership of more than 150 women across the organization and has recently launched a new mentoring initiative—an effort Gilmore is sure to play a leadership role in.

“By positioning myself as a leader, I’m asking others to follow me, to trust me,” Gilmore said. “I take that seriously.”

In April, she joined the Editorial Advisory Board for MReport’s sister publication, DS News.