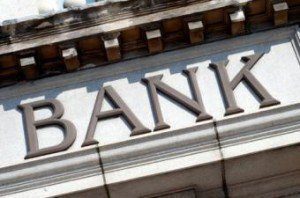 After the Dodd-Frank Act passed and financial institutions became open to scrutiny under regulators, the question arose, does Dodd-Frank go far enough to make the regulators, such as the Bureau of Consumer Financial Protection crack down on enforcement? In an interview with Marketplace Radio host David Brancaccio, Chris Dodd and Barney Frank discussed how you can write a law, but you must also enforce a law. According to Frank, one half of the Act that bears his name, the Act “goes as far as you can.”

“You can’t make anybody do something,” said Frank in the interview.

According to Frank, there is only so much that can be done when it comes to enforcement.

“I will say this though, even with the Trump administration, that bill is being administered much better than people might have thought, and the system is being run much more soundly and safely than it was before the bill was passed,” Frank added. “And the reason is that the powers are there and unless you’re a pretty irresponsible guy or woman, and you’re in charge of an agency, and it has the powers to do something — you’re going to be a little worried in the back of your mind that if you vigorously don’t use those powers and something goes wrong, you’re going to be in trouble.”

Back in May, President Trump signed Senate Bill 2155, the Economic Growth, Regulatory Relief, and Consumer Protection Act, into law. The bill is designed to ease the burden on smaller banks by raising the threshold to $250 billion from $50 billion under which banks are deemed too important to the financial system to fail.

Frank and Dodd both note that they are relatively unfazed by these reforms. During the initial discussion on the threshold, Frank states that “We both felt 100, 125 would have been OK. They went for 125. They went to 250. So there were maybe, I don't know, a dozen banks.”

Frank goes on to note that Signature Bank, the bank where he serves as a board member, has benefited from recent tax cuts, despite Frank’s own opinion on regulation.

“I have been a strong proponent for the tough regulation, but the best thing that happened to the bank of which I am a board member in the past few years was the Trump tax cut, which benefited that bank,” said Frank.