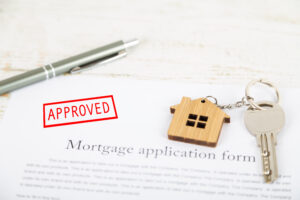 Ahead of fears that the Federal Reserve may raise rates once again, the nation’s home buyer market picked up steam after several weeks in decline, as the Mortgage Bankers Association (MBA) reported overall application volume rose 3.8% week-over-week (for the week ending September 16, 2022).

“Treasury yields continued to climb higher last week in anticipation of the Federal Reserve’s September meeting, where it is expected that they will announce–in their efforts to slow inflation–another sizable short-term rate hike. Mortgage rates followed suit last week, increasing across the board, with the 30-year fixed rate jumping 24-basis points to 6.25%–the highest since October 2008,” said Joel Kan, MBA’s Associate VP of Economic and Industry Forecasting. “As with the swings in rates and other uncertainties around the housing market and broader economy, mortgage applications increased for the first time in six weeks, but remained well below last year’s levels, with purchase applications 30% lower, and refinance activity down 83%. The weekly gain in applications, despite higher rates, underscores the overall volatility right now, as well as Labor Day-adjusted results the prior week.”

Last week, for the first time since late 2008, mortgage rates crossed the 6%-mark, as Freddie Mac reported the 30-year fixed-rate mortgage (FRM) at 6.02% with an average 0.8 point, up 13-basis points over the previous week.

“In response to inflation continuing to run well above its target of 2%, the Federal Reserve again raised the federal funds target by 75 basis points today,” said MBA SVP and Chief Economist Mike Fratantoni. “At 3%, the rate is now above what most FOMC members consider to be the long-term level and should be effective in reducing demand and slowing inflation over time.”

“Mortgage rates have jumped the past few weeks following the August inflation report, which indicated that the Fed will continue to be aggressive in combating stubbornly-high inflation levels,” added Fratantoni.

“With rates now over 6% for a 30-year fixed rate residential mortgage, the cooling of the real estate market has accelerated, with price reductions becoming routine, inventory levels rising and days on market increasing for homes to sell,” said Marty Green, Principal, Polunsky Beitel Green. “The rapid rise in rates is definitely slowing the pace of sales and throwing cold water on what was a frenzied residential real estate market only a few months ago. Where ‘inventory’ was the big concern in 2021 and early 2022, the concern today is ‘affordability,’ with the combination of substantial price increases and rising rates simply pricing more and more Americans out of the market. While this slowdown may not yet be reflected in inflation numbers because of the large price increases experienced in late 2021 and early 2022, there is little doubt that Federal Reserve’s aggressive interest rate increases are most certainly cooling the residential real estate market.”