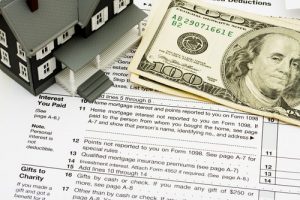 Assessing financial stability is vital for bank and non-bank lenders when determining whether or not a potential borrower is suitable for a home loan, and according to a new report by Wallethub, some states populations fared better than others.

To determine the findings, Wallethub analyzed four main metrics across 50 states and the District of Columbia, including: debt and spending, savings, credit score, and overall financial literacy.

By weighing these metrics, Wallethub ranked each state from best to worst in terms of financial savviness. Massachusetts came in at in first place with a score of 70.56; followed by New Hampshire at 69.67; Connecticut at 67.12; Minnesota at 66.58; and New Jersey at 66.30.

According to Vicki Jobst, Assistant Professor in the Undergraduate Business Department at Benedictine University, the biggest obstacle for consumers to stay on a budget was that “consumers do not realize what they are spending their money on. When they become aware, they can control their spending habits.”

Of the top five most financially savvy states, Massachusetts ranked No 1 in the “debt and spending” rating, although their “financial literacy” ranking stood at 14 and “savings” ranking was at 17. New Hampshire ranked No 1 in the “savings” rating, and was in the top 10 of all four-major metrics. New Jersey held the lowest ranking of the top five in “credit” ranking, at 27.

All of Wallethub’s comparisons and rankings can be found on their website.

Previous: Previous Post
Next: Remodeling: What Areas Bring the Most Value?