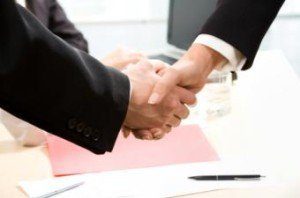 In April 2017, more than 20 state business regulators issued regulatory enforcement orders to subsidiaries of Ocwen to address “mishandling of consumer escrow accounts and a deficient financial condition,” according to an April news release from the North Carolina Office of the Commissioner of Banks. The cease and desist orders were made after several years of examinations and monitoring.

Prior to September 28, the September Ocwen release stated that state regulatory agencies in Indiana and Nevada either withdrew or allowed their respective cease and desist orders to expire.

Under the agreements, terms include details such as Ocwen not acquiring any new residential mortgage servicing rights until April 30, 2018, developing plans to transition to a new servicing system, and not engaging an auditor to perform an escrow review of between 8,000 and 10,000 loans. However, the release also notes that Ocwen did not admit or deny liability in these settlements and none of the agreements contain any monetary fines or penalties.

“Ocwen is pleased to have reached mutually-agreeable resolutions with 12 states to resolve regulatory actions brought against the Company in April 2017,” John Lovallo, Spokesperson for Ocwen, said. “We continue to work cooperatively with the remaining 19 state regulatory agencies and two state attorneys general, and are committed to seeking timely and acceptable resolutions with these states.”

Montana Department of Administration, Division of Banking and Financial Institutions Commissioner Melanie Hall also voiced that she was pleased to reach an agreement with Ocwen. It now allows both the Division and the company to move forward with a focus on what concrete steps need to be taken to provide for customers accurately and with improved service.

“We look forward to productive relationships with all regulatory bodies, and to continue our mission of helping homeowners, especially those struggling to remain in their homes,” Lovallo said.

UPDATE: Ocwen announced it has now made agreements with New Mexico, Virginia, and West Virginia on various state regulatory actions.

“Ocwen is pleased to have reached resolutions with three additional states to resolve regulatory actions brought against the Company, bringing the total number of states where we have reached a resolution to 15," said Lovallo. "We continue to work cooperatively with the remaining 16 state regulatory agencies and two state attorneys general to reach acceptable resolutions. In addition, we are pleased that the SEC has concluded both of the investigations we have previously disclosed.”

Previous: Remodeling: What Areas Bring the Most Value?
Next: Delgado: Troubling Indicators in the Housing Market