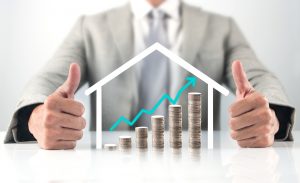 Freddie Mac has released the results of its latest Primary Mortgage Market Survey (PMMS), which found the 30-year fixed-rate mortgage (FRM) rising above the 3% mark to 3.01% for the week ending September 30, 2021. This week’s reading marked a .13 rise over last week’s FRM average of 2.88%. Just one year ago at this time, the 30-year FRM averaged 2.88%.

“Mortgage rates rose across all loan types this week as the 10-year U.S. Treasury yield reached its highest point since June,” said Sam Khater, Freddie Mac’s Chief Economist. “Many factors led to this increase, including the Federal Reserve communicating that it will taper its support of the capital markets, the broadening of inflation and emerging energy supply shortages which compound other labor and materials shortages.” 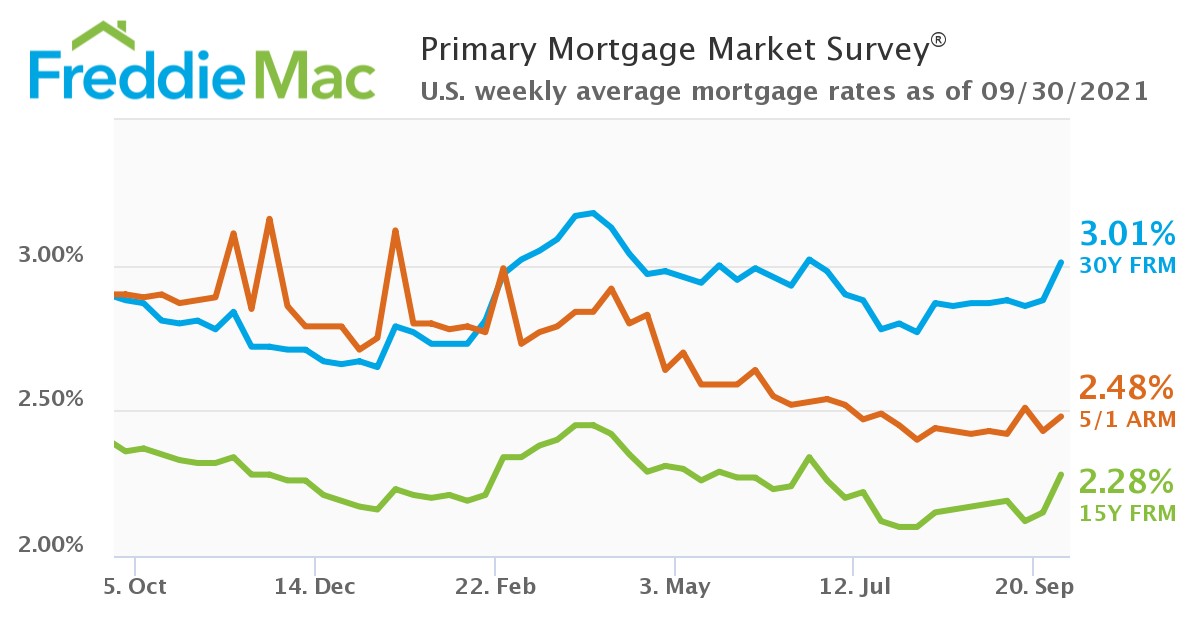 “We expect mortgage rates to continue to rise modestly, which will likely have an impact on home prices, causing them to moderate slightly after increasing over the last year,” said Khater.

Joel Kan, MBA's Associate VP of Economic and Industry Forecasting, added, “The increase in rates—mostly later in the week—led to a decrease in both purchase and refinance applications, with a prominent decline in government loan applications. Conventional loan applications increased, driven by a rise in conventional refinances. This was perhaps a sign that some borrowers reacted to higher rates and decided to refinance."

“Early fall is usually the best time of year for buyers to purchase a home, and with September housing inventory hitting 2021 highs, this season holds that typical promise. Home shoppers will want to think about rising rates when setting a budget,” said Realtor.com Chief Economist Danielle Hale. “Smart buyers should consider calculating a monthly payment not only at today’s rates, but also at rates that are a bit higher so that they won’t be derailed by a sudden upward move. Additionally, home shoppers want to carefully consider their must-haves versus nice-to-haves since both rising home prices and higher rates mean higher monthly payments. At today’s rate, the monthly mortgage payment on a median-priced home for-sale is roughly $150 higher than it was a year ago with $25 of the increase owed to higher rates and $125 owed to higher home prices.”