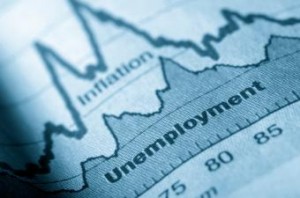 The U.S. Department of Labor released its September 2017 Employment Situation Friday revealing that the effects of Hurricanes Harvey and Irma caused no distinct changes in the overall unemployment rate. However, according to an industry expert, the areas the hurricanes did effect could boost residential construction jobs going forward.

According to the report, non-farm payroll experiences a 33,000 jobs decline, likely due to the hurricanes. Food services and drinking places also felt the impact with a 105,000 job loss compared to their 12-month trend of adding 24,000 jobs a month.

First American Chief Economist Mark Flemming said the good news is that the impact is only temporary and is expected to rebound quickly based on the trends that were seen after Katrina.

“Demand for construction workers is likely to reap the benefits of the disaster driven need for repair and rehabilitation demand,” Flemming said. “Hurricane Harvey significantly damaged or destroyed more than 30,000 homes and Irma similarly damaged over 4,000 homes.”

Residential construction employment also declined by 3,900 with plumbers, electricians, and other specialized labor associated with renovation projects seeing the brunt of the decline. However, Doug Duncan, Chief Economist at Fannie Mae, said the headline-grabbing drop shouldn’t come as a surprise.

“The Bureau of Labor Statistics noted that the number of workers who had a job but were not at work due to bad weather jumped to a two-decade high,” Duncan said. “The hurricane impact will dissipate over time, as we have observed during the aftermaths of previous major storms.” 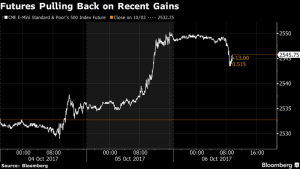 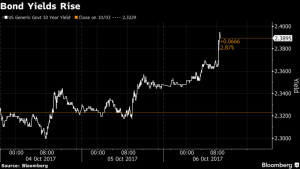 After its release, the U.S. markets reacted, as well. According to Bloomberg Markets, Treasury bond buyers looked past the decline and focused on average hourly earnings and higher participation rates. Stock investors, on the other hand, didn’t react positively, as a rise in average hourly earnings could lead to higher labor costs for large companies

Brett Ewing, Chief Market Strategist from First Franklin Financial Services, said the effect these numbers will have on the Fed and monetary policy could go either way. Though the Fed has said that low inflation numbers are transitory, their expectations for it to change continue to be pushed out.

“In June [Janet Yellen] said it was a couple month blip and in her latest press conference she said it could be a year before it starts showing up,” Ewing said. “Translation: they have no idea.”

Previous: Fraud: How are Mortgages at Risk?
Next: What TRID Did: A Mortgage Insurer’s Perspective