Data from a weekly report released by the Mortgage Bankers Association (MBA) indicates there was a 1.7 percent dip in mortgage applications nationwide for the week ending October 5, 2018. This number is adjusted for seasonal basis, whereas without adjustment the decrease is 2 percent. These numbers represent data gathered in a survey conducted by MBA accounting for over 75 percent of all U.S. retail residential mortgage applications.

Whereas the adjustable-rate mortgage (ARM) share of overall activity increased to account for 7.3 percent of applications, the refinance share of mortgage activity declined over the same period from 39.4 percent to 39.0. The share of applications initiated with the Federal Housing Administration (FHA) increased to 10.5 percent, up 0.3 percent from the prior week. The United States Department of Agriculture (USDA) share of all mortgage applications also went up slightly, from 0.7 percent to 0.8 percent.

The average contract interest rate for 15-year fixed mortgages went up over the same time period, from 4.39 percent to 4.44 percent, yet another peak since April 2010. 5/1 ARMs increased to their highest levels since the series was initiated in 2011, up from 4.24 to 4.29 percent.

Previous: Metro Areas Ranked by Property Value Appreciation
Next: Eye on the Industry: Updates on Chase, DocMagic, and More … 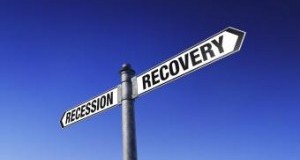