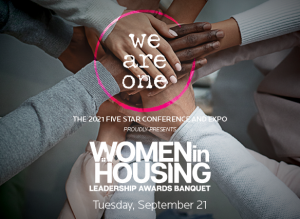 Earlier this year in Dallas at the Five Star Conference 2021, the Five Star Institute took the time to recognize the women who are making a difference in the industry, and making a mark on their colleagues and peers.

One of the awards handed out was the 2021 Diversity & Inclusion Champion Award, an honor bestowed upon those who have successfully broken barriers and helped lead the charge in developing a more diverse workplace culture. Congratulations to Sophie Kim, SVP, People & Culture for CIVIC Financial Services for being named 2021 Diversity & Inclusion Champion Award winner.

What others are saying …
“Amidst uncertainty, Sophie Kim set out to break the business iron curtain by talking about everything. She took action and focused on our people—saving jobs and creating a safe space. Kim increased diversity among CIVIC, elevating females into leadership positions, resulting in a 50/50 male/female workforce. She advocated for holidays otherwise not recognized by the company, introduced anonymous employee surveys, and established a parent roundtable to discuss work/life balance during COVID—ultimately creating a powerful CIVIC Parents Video for the company that resulted in empathy and better understanding of teammates, allowing patience, flexibility and teamwork for all.” 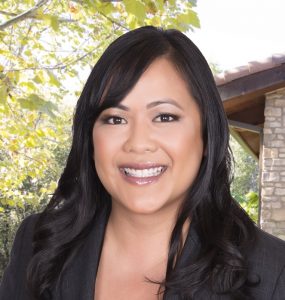 What does this nomination mean to you and what makes you a good pick for this category?
Kim: Both of my parents left a war-torn country to come to America. Because of all the things they endured, as a first-generation immigrant, I have a deep commitment to be successful in creating opportunities for others like the one provided for me. I try and impart that to every person at CIVIC. Everyone has their own story, and everyone has the right to be in a workplace where they have the space and freedom to do their best. So, with the thousands of stories at CIVIC, I want everyone's time here to be well worth it. We want everyone to be able to feel like they can be themselves, not a cookie-cutter perception of what a lending professional is. We embrace the unique stories of all our team members and encourage them to share them. By bringing their best version of self to mix in with all the different people, that will take CIVIC further, together. With that said, the notions of diversity and inclusion are pivotal to CIVIC’s success. This recognition by Women in Housing makes me hopeful for this outlook to spread within our industry, and to be named Diversity & Inclusion Champion would be an absolute honor.

What are your proudest career achievements thus far?
Kim: There are two major achievements. First is being able to build highly successful and valuable teams. Whether it was in Sales or in Human Resources, the teams I’ve had the privilege of leading have been extremely valued by the business. Being a Shared Service, HR can be seen as transactional and administrative only, but regardless of the company or team, over the last 20 years, the teams I built were viewed as an integral partner to the business.

Second, because of spending over a decade in the learning and development side of HR, it would be changing the lives of many people I trained and mentored. Watching them start their careers and find success to build wealth to support their families and/or grow into leadership positions; that’s why I do this and I’m proud to have been a big part of their stories of success.

Are there any women who have served as career mentors for you, and what did you learn from them?
Kim: There have been many women that have made a lasting impact on my career and changed its trajectory. The most notable person would be Kristiina Hintgen. She was the head of Human Resources at loanDepot.com and loanPal (previously Paramount Equity Mortgage) during my tenures there. She would often remind me that everyone, no matter what level they’re at in the organization, is simply trying to figure everything out in the best way possible and nobody has all the answers. I learned three major things from her.

Second, celebrate your failures because they make you stronger and better. Last, if you always focus on the people, the business will always find success. I wouldn’t be where I am today if it wasn’t for the many years of her mentoring, observing how she ran our department, how she carried herself when partnering with the business on strategy, and how she cared for our team and our staff.

What is the most critical piece of advice you would give to women beginning their career in this industry?
Kim: The most critical piece of advice would be to consistently look inward by having real and honest conversations with yourself. For all things big and small this has paid off in volumes for not only rapid, but also consistent success. Real estate and financial services move quickly and sometimes erratically, so it may be an easier path to blame the people or factors around you when things don’t turn out well. Instead, taking the time to really ask yourself, “what could I have done differently” will pay off in volumes to increase your self-awareness for the next challenge, conversation, project, or initiative. There’s a tremendous amount of confidence built over time when you own the loss and know that you are empowered to not allow it to happen again.