Which Markets Are Attracting Younger Homeowners? 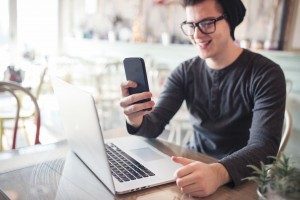 Realtor.com found that Provo, Utah, is the youngest city in America with an average age of 24.7-years-old, despite having the highest average-home price—$305,000—of any market on the list.

Despite the cost of housing, a 2017 report from the Department of Housing and Urban Development said that Provo has added 13,000 residents annually since 2010.

Aside from Brigham Young University and Utah Valley University, the report states that the construction of many schools are underway to keep up with the growing number of children in the metro,

Realtor.com states there are approximately 170,000 households in the metro, but one-fifth of the area’s population is comprised of BYU and UVU students.

“The market is tough to find houses that are close to university that are for sale," says Provo real estate agent William Stelzer. "The competition is gigantic."

Another college town, Stillwater is the home of Oklahoma State University and its 25,000 students.

“A lot of people stay here, get jobs here, get married, and buy houses. If they can make it work, they will,” Stillwater agent Cheryl Carpenter Martin said.

Mount Pleasant had the lowest-average home price at $161,500, and had an average age of 28.1-years-old. Like many markets on the list, Mount Pleasant is home to Central Michigan University and its 20,000 students.

“It’s a small town with some big-town amenities,” said local agent Tricia Boerma. “It’s not unusual for CMU graduates to fall in love with the place and stay, she says. It happened to her … I just like the town, the location, the vicinity in Michigan,” she says. “You can get anywhere (in the state), and it’s just a nice place.” Lansing is about an hour away.

Previous: The Migration Patterns of Homebuyers
Next: Report: Housing Market is Underperforming