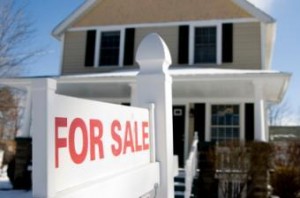 Existing-home sales in September "soared," according to a report Thursday from National Association of Realtors (NAR).

An existing home in September sold for a median price of $311,800, a 14.8% gain compared with September of last year. That's from NAR's Existing-Home Sales Report for September, which accounts for completed transactions that include single-family homes, townhomes, condominiums, and co-ops. Other data points included:

(See the entire report, including a regional breakdown, here.)

"Home sales traditionally taper off toward the end of the year, but in September they surged beyond what we normally see during this season,” said Lawrence Yun, NAR’s Chief Economist. "I would attribute this jump to record-low interest rates and an abundance of buyers in the marketplace, including buyers of vacation homes given the greater flexibility to work from home."

Homebuilders have ramped up the supply in many areas, Yun said. He also pointed out an increased interest in second or vacation homes. Indeed, NAR reported that sales in vacation destination counties have seen a strong acceleration since July, with a 34% year-over-year gain in September.

"The uncertainty about when the pandemic will end coupled with the ability to work from home appears to have boosted sales in summer resort regions, including Lake Tahoe, mid-Atlantic beaches (Rehoboth Beach, Myrtle Beach), and the Jersey shore areas," Yun said.

Individual investors or second-home buyers, who account for many cash sales, purchased 12% of homes in September, a small decline from the 14% figure recorded in both August 2020 and September 2019. All-cash sales accounted for 18% of transactions in September, unchanged from August but up from 17% in September 2019, NAR reported.

She explained that in many large urban areas, rent prices are cooling and are not a factor driving buyers into the market, as it has been in the past.

"Rather, low mortgage rates are enabling buyers to tackle higher home prices and secure a place of their own, with a largely fixed monthly cost," she said.

Realtor.com Senior Economist, George Ratiu, says the decline in mortgage applications for a fourth consecutive week, even as interest rates continue to fall, reflects "growing tension."
He explained that “interest rates slid again this week because still-elevated unemployment claims point to a slow economic recovery and hopes for a fiscal stimulus package in Congress remain cloudy. Investors moved toward the relative safety of mortgage bonds, pushing rates lower, and leading to a slight 1 basis point decline in the 30-year fixed mortgage rate, to 2.80%, the eleventh time in 2020 that the rate broke a record low."

"Mortgage brokers finished off a red-hot summer with home sales reaching historic levels and the refinance market remaining strong on the back of record-low interest rates. As we prepare for the fall and winter, maintaining partner relationships with real estate agents and financial advisors will be critical in assisting more purchase clients through the end of the year."

Top 30 Companies in Mortgage and Servicing—Part 11

COVID-19 has had a massive impact on home prices this year as inventory runs low ...