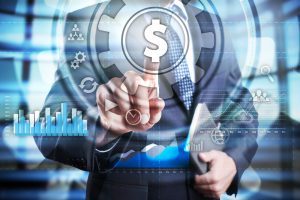 The Commerce Department has released an estimate for economic growth in Q3 of 3.5 percent—a slight drop from 4.2 percent in Q2. Consumer spending, which accounts for nearly 70 percent of all U.S. economic output, rose 4 percentage points, tracking with its strength in the preceding quarter. Inventory additions also boosted numbers by 2 percent. Housing, however, did little to help the numbers, shrinking 4 percentage points—its third consecutive decline.

According to a recent New York Times article written by Nelson D. Schwartz, analysts have anticipated that the rollicking economy would slow its roll after a heady second quarter. Even with the slight slowdown in growth, the overall economy remains on track to expand another 3 percent this year—the first time it will have done so since 2005.

“Clearly a strong headline but the details are a little less robust,” said Michelle Meyer, Senior U.S. Economist at Bank of America and Merrill Lynch. “There was very little increase in equipment investment and a decline in residential investment. And there was a particularly large increase in inventories, which is not sustainable.”

Policymakers at the Federal Reserve have contributed to the slowing pace of growth by raising interest rates gradually as a strategy to stave off inflation. This has, in turn, contributed to recent drops in the stock market, a corresponding rise in bond yields, and a hike in mortgage rates.

"The latest rate move is related to inflation but also the deficit, said Tendayi Kapfidze, Chief Economist at LendingTree. "The tax cut and fiscal stimulus are increasing both inflation and the deficit, pushing rates higher."

But as the economy improves and shows signs of continued growth, the housing market still hasn’t seen any real signs of relief. As recently discussed at length in our sister publication MReport as well as here, mortgage rates are rising and home prices are up over 6 percent year over year. It remains a question how long such dynamic tensions can remain in the industry with demand high but availability so restricted by cost and scarcity.

Rachel Evans, a business journalist with Bloomberg, explores the possible threats posed by passive investment, indicating in a recent article that if trouble lurks in the markets it is likely to first rear its head in real estate index funds. Her piece explores whether or not real estate index funds have reached a point where market saturation has led to inflated shares that could expose the next financial bubble.

Previous: A Storm of Defects
Next: The Millennial Mindset