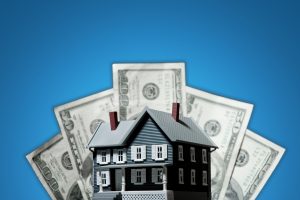 The latest Weekly Mortgage Applications Survey from the Mortgage Bankers Association (MBA) has found that mortgage applications increased 0.3% over the previous week, for the week ending October 22, 2021.

"Mortgage rates increased again last week, as the 30-year fixed rate reached 3.30%, and the 15-year fixed rate rose to 2.59%—the highest for both in eight months. The increase in rates triggered the fifth straight decrease in refinance activity to the slowest weekly pace since January 2020. Higher rates continue to reduce borrowers' incentive to refinance," said Joel Kan, MBA's Associate VP of Economic and Industry Forecasting. "Purchase applications picked up slightly, and the average loan size rose to its highest level in three weeks, as growth in the higher price segments continues to dominate purchase activity. Both new and existing-home sales last month were at their strongest sales pace since early 2021, but first-time homebuyers are accounting for a declining share of activity. Home prices are still growing at a rapid clip, even if monthly growth rates are showing signs of moderation, and this is constraining sales in many markets, and particularly for first-timers."

Despite mortgage rates on an upswing, competition for the short supply of homes may be waning, as Redfin reported that in September, 58.9% of home offers written by Redfin agents faced competition, a record low for 2021. Those numbers are down from a revised rate of 60.8% in August, and a peak of 74.3% in April, as September marked the fifth consecutive month of declines, putting the bidding-war rate on par with levels seen one year earlier (58.3%).

"It's typical to see a decline in competition as families head back to school and the weather cools down," said Redfin Deputy Chief Economist Taylor Marr. "Buyers also aren't having to offer as much above the asking price as they were in the spring, when competition in the housing market was peaking. As mortgage rates continue to rise, we can expect bidding wars to keep slowing."